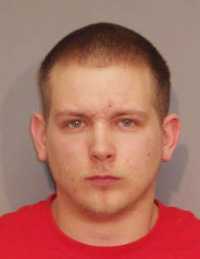 The plea was classified as an Alford plea, in which a defendant maintains his innocence but enters the plea because he knows there is sufficient evidence for a conviction.

He faces a sentence of 60 months in prison.

O’Reilly, who is currently serving time in prison in Faribault, entered the plea with his public defender Stephen Erickson at his side.

In the agreement, one of the counts will be dropped and the other is amended to a third-degree level.

According to court documents, O’Reilly initially met the teenage girl involved in the case over the social-networking website MySpace in September 2007. They met in person about a month later and became boyfriend and girlfriend. She later became pregnant.

He was 18 at the time of the alleged sexual contact and intercourse.