Community working together to rebuild 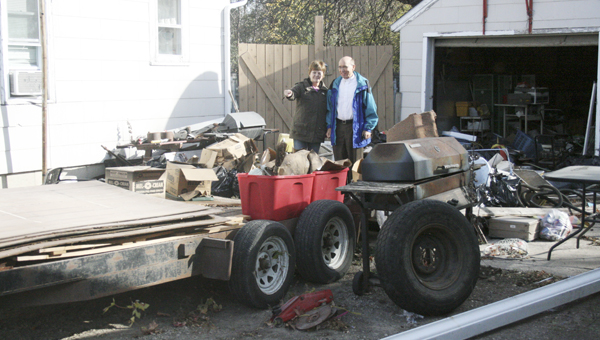 NEW RICHLAND — Pam Goehring of New Richland is begging, from the bottom of her soggy heart, that everyone attend the New Richland Flood Relief Benefit on Nov. 6.

“We don’t have time to wait — we need to help our neighbors now,” she said. “Furnaces need to be in before cold weather arrives. Families need to be back in their homes.”

According to Goehring, who is planning the event with the New Richland Benefit Committee, the flooding on Sept. 22 resulted in more than $2 million in damages to the town. 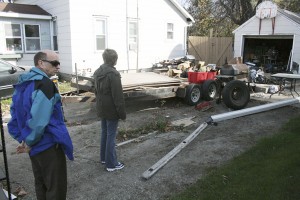 She said nine homes are condemned with dozens more uninhabitable until furnaces are replaced and flooded electrical work removed and replaced. At last count, Goehring said at least 37 houses need furnaces and water heaters, and in most cases a new washer and dryer as well.

“Those are just the ones we know about — there may be more,” she added.

In all, Goehring said about 125 homes in New Richland were damaged.

“This is just in town — there was also major damage done to homes in the rural area surrounding New Richland,” she said.

Several businesses have been affected, including the town’s largest employer, New Richland Care Center. Although the center has already begun construction to rebuild and is hoping to reopen before the year ends, more than 80 employees are temporarily unemployed.

The flooding occurred from the influx of 12 inches of rain received in just hours into a drainage ditch Goehring referred to as “Boot Creek,” which runs through town.

Because the town does not sit in a flood plain, with no running river through New Richland, Goehring said residents did not have flood insurance, therefore, these damages are not being covered by insurance.

It will include a sloppy joe and hot dog supper, a bake sale, a silent auction and a live auction, along with entertainment by Crazy Boyd Karaoke and face painting for the children.

So far, Goehring said some of the auction items received include hotel stays, an outdoor woodburning stove and autographed poster of country singer Rodney Atkins.

“Its nice to see that people are not crying — there’s a very good attitude about what needs to be done,” said Andree. “It’s nice to see how everyone’s pitching in and helping each other.”