George Davis, 85, of Clarks Grove, died Sunday, Oct. 17, 2010, at Good Samaritan Center in Albert Lea. He was born Oct. 13, 1925, to Charles and Sara (Scearcy) Davis in Blue Earth County. He graduated from Blooming Prairie High School in 1943 and went to work for Hormel Corporation until he was drafted into the Army. He married Virginia Peterson on June 1, 1947, at Red Oak Grove Lutheran Church, rural Austin. George started farming in 1948. In 1964 he started driving a truck for Ulland Bros., where he remained until 1974 when he became employed by Freeborn County. He retired in 1993 and moved to Clarks Grove in 1997. A member of Red Oak Grove Lutheran Church, rural Austin, George served on the church council, was a member of the American Legion, the Elks in Albert Lea and served as a 4-H leader. An amateur photographer, he loved fishing, hunting, bird watching and going on trips, especially in the fall. A kind and loving person, he was happiest when family came home on holidays. Always willing to lend a helping hand, he will be sadly missed by his wife and children. 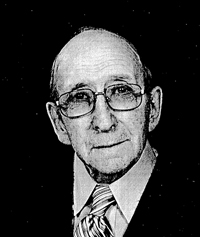 He was preceded in death by his parents; his sister, Janet, and a brother, Donald.

Funeral services will be held at 11 a.m. Friday at Red Oak Grove Lutheran Church with the Rev. Gene Leiter officiating, Chris Butler, organist, and Tamzen Johnson, soloist. Casket bearers are Jeffrey, Matthew, Michael and Christopher Davis, Robert and Derek Moseley with Ethan Jensen as honorary casket bearer. Friends may call from 4 to 7 p.m. Thursday at Worlein Blooming Prairie Funeral Home and at the church one hour prior to the service. Interment is at Red Oak Grove Lutheran Cemetery with military rites by American Legion Post 52 and Veterans of Foreign Wars Post 878. Condolences may be expressed to the family online at www.worlein.com. Memorials are preferred to Red Oak Grove Lutheran Church.