Approximately 300 people attended the all-school reunion held at the Hayward Hall on Sept. 19.

Festivities were opened by Mayor Willis Pfeiffer, followed with a table prayer by the Rev. Katie Fick. A picnic lunch was then served. Bruce Olson presented a Power Point program on school history. Displays of memorabilia were enjoyed by people of all ages. 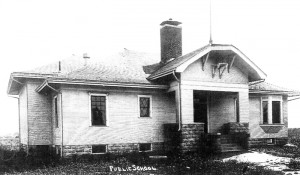 The afternoon was spent reminiscing with classmates and meeting new people. People attended from Alaksa, Nebraska, Iowa, Texas, Florida, Missouri, Arkansas, Colorado and Minnesota as well as many other places.

At least six teachers and five bus drivers were in attendence.