The high-risk sex offender who moved to Albert Lea last summer pleaded guilty this week in Dodge County District Court to one count of interfering with a 911 call and three counts of fifth-degree assault tied to an incident in March when he broke into a Hayfield home. 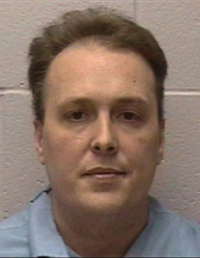 Jabar Pedro Morarend, 38, entered the plea Monday as part of a plea agreement in the case.

Morarend had initially been charged with all of the above counts plus one count of first-degree burglary.

He is scheduled to be sentenced Nov. 10.

According to court documents, Morarend broke down the door of his ex-girlfriend’s home on March 20, demanding to know where her boyfriend was and then threatened to kill him.

Reports state Morarend went up the stairs, pushing the former girlfriend out of the way and up against the wall. The woman tried to prevent Morarend from getting to her boyfriend and instructed her son to get her phone and call 911.

Morarend then reportedly punched the boyfriend across the left cheek and then took the phone from the boy and pushed him into a wooden pillar at the bottom of the stairs before leaving the house, court documents state.

Morarend later turned himself into deputies with the Freeborn County Sheriff’s Office.

This is not the first burglary case Morarend has been involved in; he has also been charged with car break-ins and criminal damage to property, according to court files.

Morarend was arrested Wednesday on a probation violation from a separate case in Mower County when he was found drinking at the Aragon Bar in Albert Lea. He is not allowed to be drinking or to be in bars, according to the probation agreement.