Memorial services for Joyce Kathryn Ross, 82, of Albert Lea will be held at 10:30 a.m. Monday at Ascension Lutheran Church. The Rev. Mark Boorsma will officiate. Interment will be at the Shady Oak Cemetery. Visitation will be from 4 to 6 p.m. Sunday at Bayview/Freeborn Funeral Home and one hour prior to the service at the church. To sign the guest book, go to www.bayviewfuneral.com. 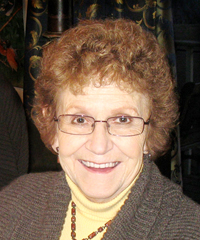 Joyce Kathryn Ross was born on Nov. 1, 1927, to Perry and Clara (Harmon) Kuhn in Stanley, Wis. She attended grades first through eighth in Stanley, Wis., and graduated from Stanley High School. Joyce attended the University of Minnesota earning her degree in home economics and child development. On Oct. 16, 1948, she was united in marriage to Lowell Ross in St. Paul. The couple moved to Albert Lea in 1949. Joyce worked as a teacher at United Preschool for nine years. She then went on to be the director of the Albert Lea Child Care Center for 17 years. While there, the enrollment expanded from 20 students to 300. She was instrumental in expanding the program to the St. John’s location and many other improvements. She served on the St. John’s Board of Directors. Joyce was an active member of Ascension Lutheran Church, Albert Lea Art Center, League of Women Voters, American Association of University Women, the Overall Advisory Board of the University of Minnesota Waseca Campus and Human Services Advisory Board at Austin Community College. Joyce had a special interest in early childhood education and enjoyed serving on the state, regional and local boards of the Association for Education of Young Children. She had a strong commitment to helping young children have a positive start to meeting their full potential as adults. She was a devoted wife, mother and grandmother who loved her family deeply. The memories she leaves with them will be treasured forever.

Joyce was preceded in death by her parents; sister, Mary Caswell; and brothers: Howard and Bernard Kuhn.

Memorials are preferred to the Albert Lea Community Child Care Center and to benefit the children and youth of Ascension Lutheran.