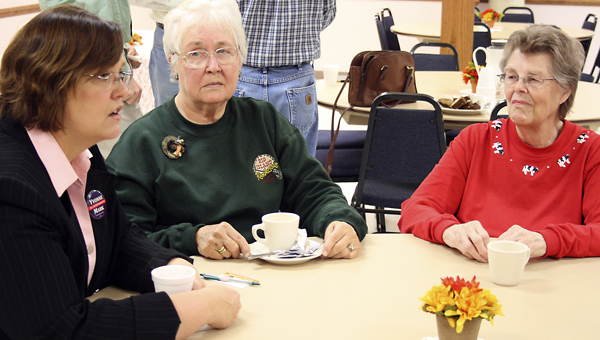 While voicing support for these two candidates was a major goal of her visit, she said she also wanted to emphasize the importance of voting in the upcoming Tuesday election.

“I want to make sure people are getting out to vote,” Kelliher said. “Sometimes we lose track of what a special election system we have.” 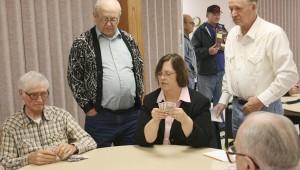 The visit was part of a three-day swing through southern Minnesota.

About 15 people were present for the Albert Lea visit.

Kelliher, the representative for District 60A in Minneapolis, lost the primary election to Dayton in August. The speaker said she thinks Dayton will be the best of the three gubernatorial candidate for education and jobs in the state.

He faces Republican candidate Tom Emmer and Independence Party candidate Tom Horner. According to a recent Minnesota Public Radio News-Humphrey Institute poll, Dayton has a 12-point lead over Emmer in the race for governor.

Kelliher said she thinks the state will “buck” the national trend that shows Republicans with an election advantage and that both the Minnesota House of Representatives and Senate will remain in DFL control.

She said she thinks Dayton is true to his word and that he believes in a strong state and local relationship.

Regarding Walz, a DFLer from Mankato, she said she loves that he is a teacher and has served the country. She said she thinks he uses common sense in his position.

“He has been very able to reflect what southern Minnesota wants,” she added.

While going around the state visiting with people, she said she’s found many people are excited about the upcoming election, and some are also relieved that it will soon be passed.

“I love going out and meeting people,” she said.