The funeral service for Leon W. Christ of Glenville will be held at 4 p.m. Friday at Our Father’s House, Albert Lea. The Rev. Richard Tuttle will officiate. Visitation will be from 4 to 7 p.m. Thursday at Bonnerup Funeral Service, 2210 E. Main St., Albert Lea, and one hour before the service at the church. Leon died at age 73 on Monday, Oct. 11, 2010, at the Albert Lea Medical Center. Though his medical history was extensive, his death was unexpected. 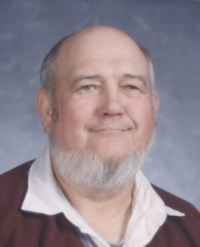 He was born in Blue Earth County on Feb. 20, 1937, the son of Stanley and Francis “Stella” (Alexander) Christ. He was united in marriage to Brenda J. Kinsey on Nov. 22, 1969. Leon graduated from Mankato High School in 1955. He was in the United States Naval Academy from 1956 until February of 1960. Following his years of service he attended and then received his teaching degree from Mankato State College. His first teaching experience was in Nicollet where he taught for three years. This was followed by Blue Earth, Fairmont, Claremont, LeCenter and then 31 years for the Glenville-Emmons School District. He spent these years teaching math, science, phy ed, and coaching wrestling.

He was a member of Our Father’s House, the Glenville American Legion and the Glenville Community Recreation Board. He enjoyed fishing, reading, playing cards and being involved in church and other local activities.

He was preceded in death by his parents, Stanley and Francis “Stella” Christ, and infant brother, Patrick Christ.

Memorials suggested to the Glenville Beach.