Maine is out of the way, but don’t you miss it

The minute I heard the word Maine mentioned, I made up my mind to finally travel to the last state in the union on my list to visit. My neighborhood friend phoned me after she discovered a regular hiking partner couldn’t take a car trek out east with the four usual friends. 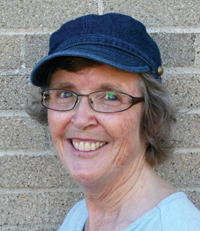 The trip unfolded as a relaxing event and was very well planned out by my friend’s close-to-50-year-old daughter. The other three of us women felt closest to the age of 70. We each were in various states of physical fitness. We each had various goals for the trip, besides viewing the spectacular array of fall foliage. We visited Boston, saw the “Wicked” musical, ate at the original “Cheers” bar/restaurant, went to an improvisation show in Bar Harbor and combed the Acadia Sandy Beach for blue seashells.

We stayed with my cousin I’ve not seen for perhaps 40 years to have a midnight discussion about how research suggests remedial math may be the answer for problems in learning not just math, but other areas of education. I visited the Saco Museum and Dyer Library to spend time with a professor adviser from 15 years ago, who at 92 finished writing his eighth book. He advised me to write a book about creative connections arranged by episodes.

The four of us drove around 2,400 miles in 16 days and saw glimpses of our great country, staying in an Airstream and KOA camps. I reverted to my Girl Scouts days and built a fire with tinder, kindling and one match. The youngest, the owner of the car and main driver wanted to complete the last leg of the Appalachian Trail, an entire day’s hike with the last several miles an almost vertical incline of 3,000 feet. The other very fit hiker reached her goal of completing the majority of the hike on the same trail, which took her to the tree line near the summit of Mount Katahdin — one very tall mountain in Maine.

On trails of our own levels, each of us faced different physical challenges and found ways to overcome difficulties in our own manner and pace. Walking poles, hiking boots and fat, fuzzy socks became essential and accustomed gear. We searched for simple slashes on trees and rocks, following white blazer markers when on the Appalachian Trail and blue blazers when on the Baxter State Park Trails, all in the Acadia National Park System in northern Maine.

The well-tread trails seemed more dangerous than I’d imagined and often appeared to me as a maze of roots, ruts and rocks. All of us at one time or another missed markers that guided us to our chosen destination. This resulted in conversation with a park ranger who carefully noted our suggestions for better signage. Next time the ranger connected with us, it sounded like they had plans to follow up on trail improvement signage suggestions, including part of the Appalachian Trail.

Just before I left home I completed a treadmill stress test that indicated my physical body turned out to be about a decade younger than my actual age. I also knew attending the Senior Center and Family Y Silver Sneakers exercise classes had built up a few formerly unused muscles. I think this positive information impacted my attitude on the entire trip. I became more willing to attempt new activities outside my comfort zone with women who had different and higher level skills. Nature’s miniature treasures tempted me to make frequent photo stops so sometimes my journey became more of my goal. I must confess, when I reached the summit of a bit less than the two mile hike of what’s called the Bubble Trail, I surprised myself as well as our seasoned climber, who admitted her amazement at my arrival a bit after she surmounted the foggy top.

She wrote a poem about all of us, which as a metaphor could be for anyone on a new journey.

To be! In Maine

She is oak tree

We are cascading waters

One conquered and reigned the Beehive

One outsmarted Katahdin Mt. and found her own way

One persevered through wet and wind and reached Bubble Rock.