Make it 3 for Monson 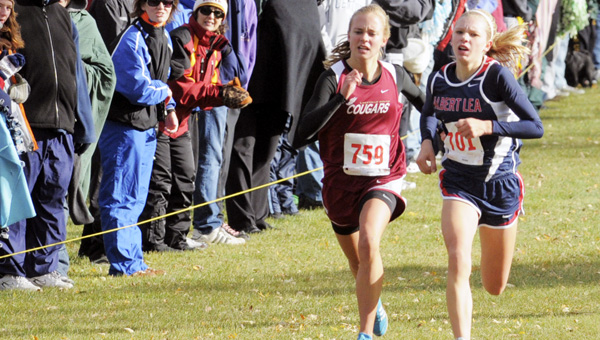 Bailey Thompson — who’s been running neck-and-neck with Monson during the final stretch of the season — missed qualifying for state by one place, getting edged by Austin’s Haley Splinter by 4 1/2 seconds.

Monson and Thompson each dropped their times in the Section 1AA 4,000-meter race by roughly 10 seconds since the Big Nine Conference championship on Oct. 19.

Monson’s times have plummeted since returning from an injury that kept her out most of the season. She finished first in 14 minutes and 47 seconds, less than a second ahead of Lakeville South’s Annie Brekken.

“Chrissy demonstrated her incredible heart and drive,” Albert Lea head coach Jim Haney said. “She had a spectacular effort on a great day for the Tigers.” 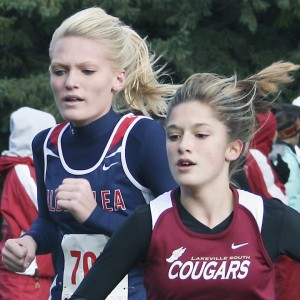 Though Thompson’s aspirations of a state meet berth fell just short, she was instrumental in the Tigers girls’ team’s tie for a third place finish the conference meet and fourth place finish in Thursday’s section meet.

“I’m heartbroken for her,” Haney said. “She has had a great impact on the program and to fall short of going to state hurts. Bailey will take this and turn it into a motivating factor for next year.”

Rounding out the top five finishers for the girls’ team were Riley Schulz, Rachel Kenis and Haley Harms.

“I will have my top nine runners back for next year and we look to improve on the fourth place finish,” Haney said, of the girls’ team. “We will celebrate this success and use it as motivation for next year.”

“Kruen and Bonnerup ran great races today,” Haney said. “They put themselves in a spot to compete and did so.”

Rounding out the top five finishers for the boys’ team were Luc Malimanek, Andy Christian and Eli Malimanek.

“I have a hard working group of young men that will only get better next year,” Haney said. “We wanted to finish higher but it was not meant to be today.”

Overall, this has been one of the most successful Albert Lea cross country season of the past decade.

“It was another great day for the Albert Lea Cross country team,” Haney said. “We ran to the best of our ability and had some of our best times of the season. I could not be happier with the results of the meet.”