Marin: ‘there are still important decisions’ 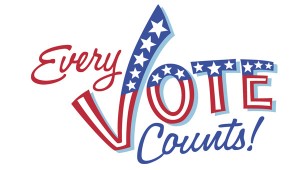 Current Albert Lea School Board member Jill Marin, 47, is running for a second term. She has been on the school board since January of 2007 and said she’s running because there are still important decisions to be made in the coming years and she’d like to be a part of those decisions.

Marin and her husband, George, have an 18-year-old son, Elisha, and a 16-year-old daughter, Suzie. Marin is a chaplain at Fountain Centers, helps her husband, a pastor at Grace Christian Church, and is currently a full-time student at Minnesota State University, Mankato, working toward her master’s degree in mental health counseling.

Regarding the discussion the school board has started about overcrowding in elementary schools, Marin said she’d like to further this discussion to make sure the right choice is made for the students.

“With state budget cuts it may be more challenging in the future,” Marin said.

She said that with the budget they need to also think about the future when making decisions. Thinking about long-term effects will help the board make the best choices for students.

Another goal of Marin’s is to ensure a safe and healthy environment for students in the schools.

Marin said she’d like to see student test scores raised, but understands that the tests are time-intensive. She said she understands the need for statewide testing, but that they can take a lot of time for teachers and students.

“There’s concern of teaching toward a test,” Marin said. “I’m for testing if it’s an adequate amount.”

Because of retirements there are a few new faces in the school district’s administration. Superintendent Mike Funk is also fairly new to the district. Marin said she’s proud of the school board’s decision to hire Funk.

She also said that replacing those who have retired was a challenge, but Funk made it into an opportunity.

“He’s very goal-driven and efficient-minded,” Marin said. “He likes to see things move forward, and I like that.”

She said the new administrators have new ideas about technology and resources the district can use.

Marin believes that music, sports, drama and other activities can help students with their development.

“Those things are important, but funding can be a challenge,” Marin said.

She said it’s best for the student if the district is able to offer activities outside of the classroom, and she’s not opposed to looking at alternative sources of funding if the need ever arises.

Marin said she’s happy with the decisions and progress the school board has made while she’s been a part of it. She said there are a lot of exciting things going on in the district. Marin also said she’s looking forward to having some new faces on the school board, because people always have different perspectives and experiences that aid in discussion.