Otto “Bill” Van Deer, 67, of Alden, died Thursday, Oct. 21, 2010, at St. John’s Lutheran Home in Albert Lea. A funeral service will be held Monday at 10:30 a.m. at the United Methodist Church in Alden. Visitation will be today from 2 to 5 p.m. at Bruss-Heitner Funeral Home in Wells and one hour prior to the service at the church on Monday. The Rev. Cherie Daniel and Chaplain Jeff Laeger-Haegermeister will officiate and burial will be in Alden Cemetery in Freeborn County. Bruss-Heitner Funeral Home in Wells is assisting with arrangements. 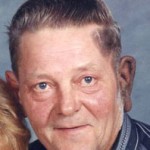 Otto “Bill” Van Deer was born Oct. 18, 1943, the son of John and Ruth (Dornfeldt) Van Deer. On Feb. 14, 1964, he married Elva (Ellie) Habben at the United Methodist Church in Alden. Bill graduated from Alden High School in 1961. He loved watching TV, visiting with friends and joking with people — especially keeping his St. John’s friends on alert.

He was preceded in death by his parents, John and Ruth; father-in-law, Herbert Habben; brother-in-law, David King; and special cousin, Diane Redman.