Passing art to the next generation 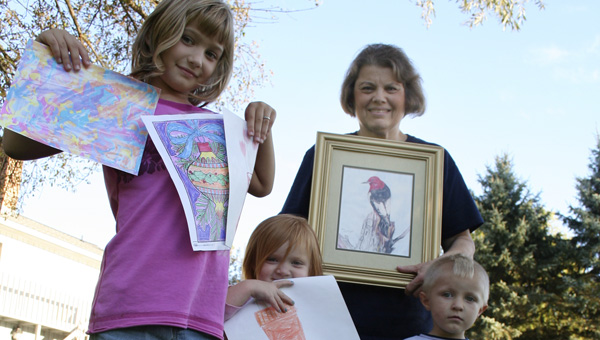 Sue Rechtzigel holds a drawing of a woodpecker and stands with three of her students last week in the yard of her home. -- Tim Engstrom/Albert Lea Tribune

Albert Lean Sue Rechtzigel has had an interest in art her entire life.

When she was in kindergarten, Rechtzigel said she participated in an art contest with the other children her age at the school.

She won the contest, and from that point on, it’s become one of her favorite hobbies.

But she doesn’t let her passion stop there. 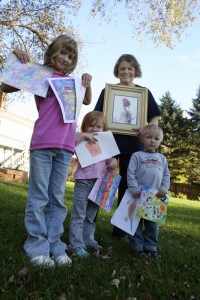 Sue Rechtzigel holds a drawing of a woodpecker and stands with three of her students last week in the yard of her home. -- Tim Engstrom/Albert Lea Tribune

As a day-care owner and provider since 1983, one of her main goals in life now is to teach that passion to children.

“There’s something about it,” Rechtzigel said. “I love it. The endless creativity — even with the kids.”

And for many of the children, it’s their favorite subject, too.

She said while art is calming and soothing for the children, it’s also fun.

“I think it’s good to start young,” Rechtzigel said. “It gives them that spark of interest so they’re more inclined to like doing art.”

She and the children sometimes get ideas from art books for children, but most of the time Rechtzigel lets them come up with their own ideas.

On a personal level, Rechtzigel said she usually paints at night or on the weekends, often during the winter months.

“When I sit down and paint, I can sit there for three or four hours, and it seems like 15 minutes,” she said.

She gets her inspiration from many places. Sometimes she’ll see something she likes and then paints it, or sometimes she will visualize her own images.

“That’s the thing about art,” she said. “It’s very creative.” 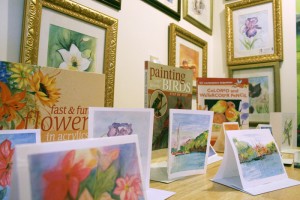 Sue Rechtzigel’s art decorates a corner of a room in the basement of her home on Brookside Drive in Albert Lea. -- Tim Engstrom/Albert Lea Tribune

She typically paints a series of three to five paintings at a time. This winter she has planned to paint a series about England.

In the future she would like to try her hand at pottery.

Rechtzigel, who received a bachelor’s degree in psychology from Mankato State University, has taken extensive art classes and training from MSU and community colleges.

“I really think art is sort of a natural talent,” she said. “The more classes and training, the better you become at it.”

She has also taught classes in watercolor and drawing through Albert Lea Community Education and the Albert Lea Art Center.

She said she is trying to implement the lessons of the Blue Zones into her life. The Minneapolis-based Blue Zones organization and retiree organization AARP made Albert Lea their test case for extending longevity in 2009, an effort called the Vitality Project.

She also loves to read and spend time with her grandchildren.

Interesting fact: She got her solo pilot’s license during the summer between high school graduation and her first summer of college.