Phillips sets Panthers up with win 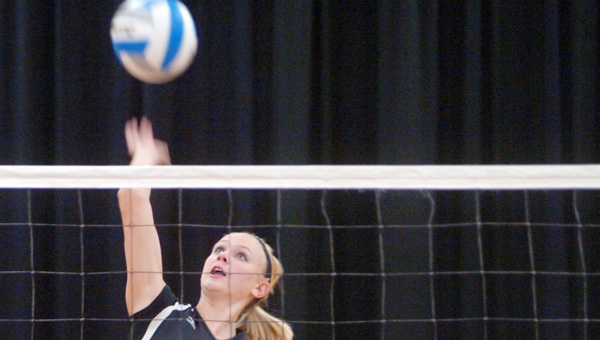 NRHEG sweeps Waseca in the first round of section tourney

NEW RICHLAND — Panthers’ setter Kacie Phillips had 37 set assists and Kaylee Maxon recorded eight kills Thursday as the No. 3-seeded New Richland-Hartland-Ellendale-Geneva Panthers defeated the No. 6 Waseca Bluejays 25-12, 25-16 and 25-17 in the first round of the Section 2AA tournament.

“It’s a very big win for us,” Panthers head coach Joe Kuechenmeister said. “We kind of struggled with them in a tournament when we played them a couple of weeks ago. I knew coming in we would have to play well and take care of business and we played pretty clean volleyball and the girls were ready to go.” 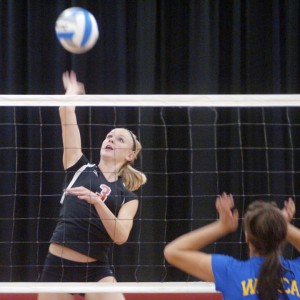 In game three, Phillips served up the game’s first four points to give NRHEG a 4-0 lead. The Panthers used runs of 4-0 and 3-0 to jump out to a 14-6 lead and went on to defeat Waseca 25-17 to earn the sweep and move into the section quarterfinals.

“I think Phillips had the magic hand tonight,” Kuechenmeister said. “She put together a couple of real great serving runs for us. She’s just a smart kid. She knows where to go with the ball.”

Along with the serving, the Panthers also used stellar play at the net.

Maxon had eight kills on the night, while Jill Kalis had five kills.

The Panthers front line provided the Blue Jays with problems all night.

“Waseca throws over a lot of off speed stuff and we knew we would have to get up with a lot of hangtime,” Kuechenmeister said. “That’s something we worked on tonight and throughout the entire week of practice.”

Anna Schlaak had seven digs for the Panthers, while Harlee Vokoun had five.

The Panthers move on to play Monday against the No. 2 Mankato East Cougars.

“We’re really eager to get back out there again,” Kuechenmeister said, of his team. “The girls are really excited with tonight’s win. But we’ll be chomping at the bit in practice to get out there.”