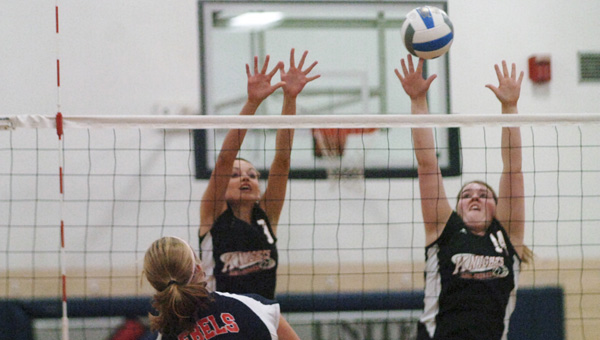 WELLS — The last time the United South Central volleyball team led a match 2-0, they dropped a heart breaker to NRHEG 3-2.

The Rebels found themselves in a similar position Monday against Alden-Conger in Wells.

USC finished this time as they defeated the Knights 3-1.

The win halted a three-game losing streak for the Rebels. 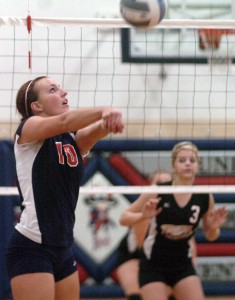 “It was a good win,” USC head coach Jolene Bute said. “Every win is a good win, we got to get a lot of kids in and that was fun.”

For the Knights, who had won two of their last three, it was serving that did them in as they struggled from the serving line most of the night.

“We struggled to serve tonight,” Alden-Conger head coach Sarah Attig said. “We struggled getting that serve over the net. We started slow and that’s been our thing all year.”

“The first two games did go well,” Bute said. “Despite we had new people at new positions and having Kayla Stenzel out tonight. Those are some big shoes to fill.”

Having won two games, the Rebels needed one more for the sweep.

“We tried some things and they worked a little bit,” Attig said. “I thought why not try something different and I threw that group out their and they played well together,” Attig said of the group that consisted of freshman and sophomore players.

From the service line, Allison Songstad went 19-for-19 with two aces.

For USC, Katie Ovrebo had a big night from the service line as she went 24-for-24 with five serving aces.