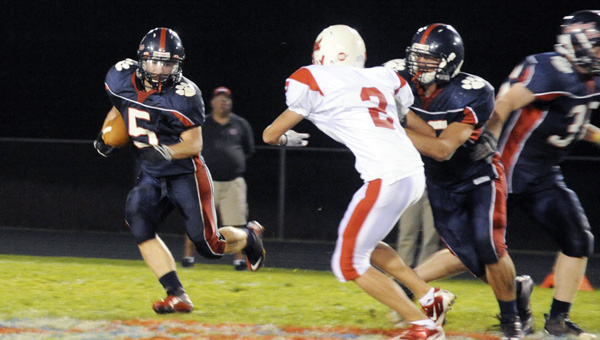 Albert Lea’s Ethan Abben runs with the ball during the second half against Mankato West Friday. The Tigers lost to the Spartans despite shutting them out in the second half. -- Andrew Dyrdal/Albert Lea Tribune

The Tigers defense will need to hold Spartans in check for four quarters, and create turnovers like they did against West.

Albert Lea lost to Mayo last season 21-7, but the Tigers are a much improved team and are capable of snapping the losing streak against Spartans.

Mayo’s offense is led by junior quarterback Nate Penz, who threw for 189 yards, a touchdown and two interceptions at Owatonna.

Ethan Johnson led the team is rushing with 12 carries for 50 yards.