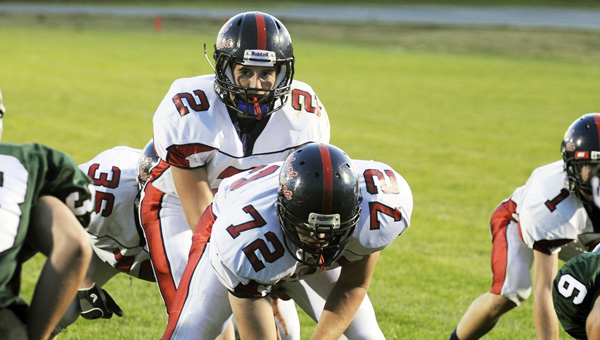 If there’s one game the Albert Lea Tigers football players circled on their calendars at the beginning of the season, it’s Wednesday’s regular season finale against the Austin Packers.

After a brutal stretch of games — including at Rochester Century, hosting Mankato West and at Rochester Mayo — the Tigers (1-6, 0-6 Big Nine) just need a win, according to head coach Clay Anderson. 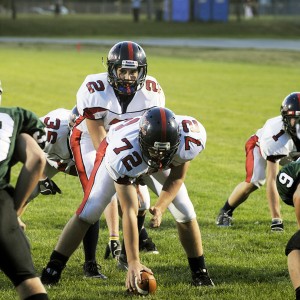 They haven’t had one since their season-opening 29-7 victory over Waseca but have notched many respectable losses including a three-point loss to Owatonna, a 12-point loss at No. 10 Century and a 14-point loss at Mayo last week, which was much closer than the scoreboard indicated. The Tigers’ highest point since their lone victory was shutting out No. 2 West during the second half of a 36-7 loss on Oct. 8.

The Tigers have improved each week of the season but are still searching for that second win.

Finally they’ve reached that circle on the calendar.

Wednesday, the Tigers host Austin (0-7, 0-6) at Hammer Field, a team that is looking to finish a historically bad season that included a school-record worst 72-0 loss against West at their homecoming.

The Packers defense is allowing 46 points per game this season, so seniors Kyle Kriewall, Cory Hansen, Dillon Stolt and Aaron Klatt should be able to chalk up plenty of yards in their last home game.

I doubt this game will be a blowout, but it will be fun for both teams in need of some ease in their Big Nine schedule.

It’s all about pride.

At this point in the season, the winless Austin football team is looking for something positive. They’ve been shut out five times and they’ve lost their last five games by at least 30 points.

On Friday, there were smiles on the sideline for the first time all season long as Austin put up 20 second half points. Sure, they came in another big loss, but it’s the about the first positive thing that has happened for this team all season.

The Packers travel to Albert Lea on Wednesday to close out their season and I’m sure the Tigers are licking their chops. Albert Lea has won the last four contests in the I-90 rivalry and it’s also a hungry team as it hasn’t won since a season-opening victory against Waseca.

Since the playoffs are a week away, the Packers can’t be thinking about the scoreboard or if they’re going to lose again on Wednesday.

They just need to go out and make Albert Lea respect them. Show some pride and make the other team work for what it gets.

Throw out some hits and play solid football.

Do that and they might walk away with something they’ve been looking for – a little pride.