A celebration of life for Roger Dale Morreim will be held at 11 a.m. Thursday at the Central Freeborn Lutheran Church. The Rev. Richard Spande will officiate. Interment will be in Central Freeborn Cemetery with military honors accorded by area servicemen’s organizations. Visitation will be from 4 to 7 p.m. Wednesday at the Bayview/Freeborn Funeral Home and one hour prior to the time of the service at the church on Thursday. To sign the guest book, go to www.bayviewfuneral.com. 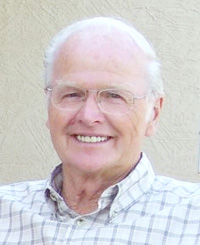 Roger passed away peacefully at his home on Saturday, Oct. 16, 2010, after a short battle with cancer.

Roger was born on Feb. 21, 1936, in Albert Lea, to Oscar and Gladys (Johnson) Morreim, and was raised on the family farm east of Manchester. Roger attended Nordby School and the Manchester School before graduating from Albert Lea High School in 1954. He enlisted in the U. S. Army and served his country from January 1955 through January 1957 when he received an honorable discharge. His tour of duty included Japan, Korea and the United States where he was trained on anti-aircraft artillery and was also in the Honor Guard. Upon his discharge he returned to Albert Lea where he married the love of his life, Lois Luella Lenz. They were married on Oct. 20, 1957, at the First Presbyterian Church in Albert Lea. Roger and Lois were blessed to be together for 53 years and celebrated all the joys life had to offer. Roger built a beautiful home, which was the cornerstone for many family events and reunions.

Roger worked for 31 1/2 years at Wilson & Co./Farmstead. After his official retirement he began working for Morreim Farm Drainage and worked there for 16 years. Retirement gave him the opportunity to indulge in many of his favorite passtimes including woodworking, making furniture as gifts for children and grandchildren, and in 2006 he began oil painting. Roger loved to spend time outdoors and both he and Lois were accomplished cross country skiers, loved walking, doing yard work and spending time with the grandchildren. Tractor rides and boating on the pond were favorites for all. Roger and Lois enjoyed spending winters in Arizona where they could enjoy being outdoors and visiting family and friends who lived there. Roger also was a devoted member of Central Freeborn Church and was instrumental in researching and setting new tombstones for old illegible headstones. Roger loved life and will be deeply missed by family and friends.

Roger was preceded in death by his parents, Oscar and Gladys Morreim and his grandson, Cameron Reinhart.