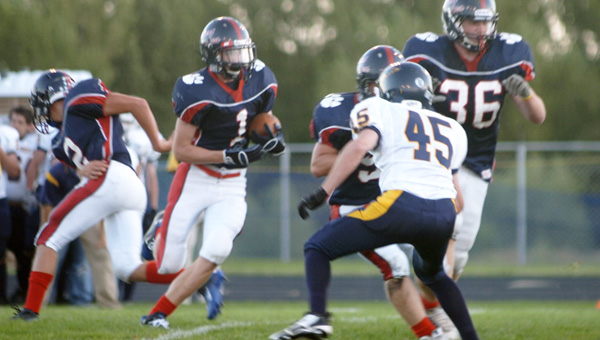 Tigers must contain Scarlets offense for a shot at ‘W’

There’s no argument about whether the No. 2 Mankato West Scarlets (5-0, 4-0 Big Nine) are good, it’s just which side of the ball they’re more dominant.

After pounding Austin 72-0 at their homecoming last Friday, the Scarlets are now averaging 41 points per game, while allowing only two.

West has outscored their opponents 164-2 in their past three games and turned the Big Nine conference race into a two-team affair.

For a shot at an upset, the Tigers must get pressure on, and contain Scarlets quarterback Phillip Nelson, who threw for 163 yards and four touchdowns in less than three quarters against Austin.

The Tigers’ running game will have to be productive to give Kyle Kriewall a chance through the air, against a defense that has given up no more than eight points in a game and leading tackler Nate Olsen, a senior linebacker.