The star for Trampled by Turtles is on the rise

During the Freeborn County Fair last year, I penned an editorial praising the fair board for bringing in great acts to the Grandstand each year. It also requested the fair board to bring in some up-and-coming Minnesota acts. One act mentioned was Trampled by Turtles. 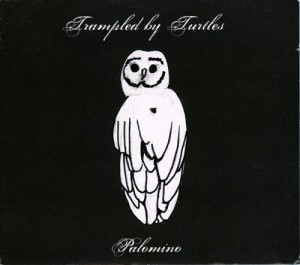 There were a few points I didn’t know when I wrote that editorial, but since then I wish I had included them. Here is one: Last May, CMT’s program “Wide Open Country” added the band’s video for “Wait So Long” to its regular rotation. In other words, pretty much anyone in America could flip on the TV and see country music Minnesota style.

There is no doubt in my mind that if Trampled by Turtles played the county fair, they would fill the Grandstands. This Duluth-based band is a big deal to a lot of people, and its fame is growing. I know many local young people right here in Albert Lea willing to travel quite a ways to catch a show. The Turtles played the free stage at the Minnesota State Fair on a weekday — and they drew crowds. Not just onlookers, but people who came to the fair just to see them.

There are many locals who like to listen to the national country music scene but don’t know that Minnesota has an outstanding scene. Minnesota’s country music isn’t the Nashville rock-with-twang heard on the radio. It is bluegrass music — sometimes called roots or old-time music — but it isn’t your grandpa’s folk and bluegrass. It’s a new sound.

Oh, to be sure, there are many, many acts that play the old styles. You can find them all over. But many of the young folks turn out for the contemporary bluegrass and contemporary folk.

Along with Trampled by Turtles, followers of the Minnesota bluegrass scene listen to The Infamous Stringdusters, the Front Porch Swingin’ Liquor Pigs, White Iron Band, Pert Near Sandstone, The Brass Kings, and The High 48s, among others.

But I am here to talk Turtle.

Here is what CMT.com said about them:

“Everybody knows that turtles are supposed to be slow, but Trampled by Turtles are a new band that likes their bluegrass fast and dirty, to say the least. The break-neck speed that graces much of their Palomino album — which debuted at No. 1 on Billboard’s bluegrass chart — speaks to a diverse musical background that includes punk and indie-rock bands. More importantly, it does as much to get my blood flowing in the morning as about five cups of coffee. ‘Wait So Long’ shivers with pent up energy from the first few notes, only to be let loose in a controlled fury of banjo, fiddle and lonesome vocal harmonies. The young alt-grass outfit’s video is simple but intense, and you won’t have to ‘wait so long’ to be run over by their unique sound.”

The band’s video in mid-September also made it onto MTVU’s “The Freshman,” a show that lets viewers vote on their favorite video from among five choices. The website for Trampled by Turtles notes, “It’s not every day a banjo makes its way onto MTV, so spread the word!”

The Star Tribune in August featured a story on the band, near the release of the nationally distributed album “Palomino.” The story said the band received an ecstatic reception at the South by Southwest music festival in July in Austin, Texas.

The Turtles’ musical instruments are a guitar, bass, banjo, mandolin and fiddle. And their voices.

I love their lyrics. It was hard to select some favorites.

I tried every bottle

Every pill that I know

From “The Darkness and the Light”:

That Colorado was so nice

But I’m a Minnesota son.

Even when the cold wind blows

In the darkness and the light.

And the young folks search for meaning here

And the old folks know there’s none.

Out your window you can see the world

And it’s turning, then it’s gone.

All those times that are gone.

Of Duluth in the winter.

In the sacred morning

It’s a broken heart, babe, I know the sound.

Feels like your hands are nailed to the ground.

You won’t let it get to me the next time around.

The Turtles play the KATO Ballroom in Mankato on Thursday, after hitting Iowa City, St. Louis and Lawrence, Kan., and are headed to Duluth, Fargo, Chicago and Massachusetts. My brother and I will see them in December in Winona.

Perhaps we can get lucky and bring them to Albert Lea next August. Our fair would see a great act on the rise.