Funeral services for Thomas Allen Engen, 51, will be held at 11 a.m. Saturday at Ascension Lutheran Church. The Rev. Mark Boorsma will officiate. Interment will be at the Graceland Cemetery at a later date. Military honors will be accorded by area servicemen’s organizations. Visitation will be one hour prior to the service at the church. To sign the guestbook, go to www.bayviewfuneral.com. 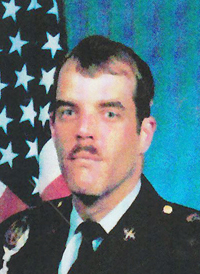 Tom died Thursday, Oct. 14, 2010, at the Golden Livingcenter in Rochester after a courageous battle with cancer.

Tom was born on Feb. 25, 1959, in Albert Lea, to Allen and Muriel (Johnson) Engen. He was baptized at Grace Lutheran Church in Albert Lea and confirmed at Prince of Peace Lutheran Church in St. Louis Park.  Tom graduated from St. Louis Park High School in 1979. He joined the National Guard in 1977 and in January 1977 joined the regular army and served in Texas, Washington D.C., Croatia and Germany. He was stationed from 1982 to 1991 at the European military headquarters base in Heidelberg working as a graphic artist. He was then stationed at Ft. Belvoir for three years before completing the rest of his career back in Germany. He retired from the Army in 1998 and entered Civil Service as chief telecommunications officer.

Due to health issues, he returned to Minnesota in September. He loved serving in Germany and traveling throughout Europe with friends and family. Trips to Berlin and the Oktoberfest in Munich were his favorites.  He was proud of his 24 years of sobriety. He was a member of the Albert Lea American Legion and life member of Albert Lea VFW. Tom was a devoted Minnesota sports fan and enjoyed watching the Twins, Vikings and Minnesota Wild and attended various sports in the Heidelberg area.

He was loved and respected by friends and family throughout the world. He told his family that prayers were being said from Korea, Hawaii, Afghanistan, Iraq, Ireland, Germany and the U.S.

Tom was preceded in death by his grandparents, Roy and Myrtle Johnson and Albert and Inga Engen.

In lieu of flowers, memorials are preferred to The American Cancer Society or the Heartland Hospice in Rochester.