Tigers advance in SO 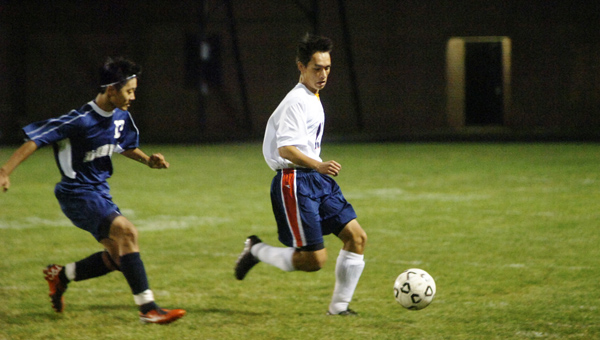 Callen Pirsig scored the final goal of a shootout Tuesday, as Albert Lea beat the Schaeffer Academy Lions 5-3 in the first-round of the Section 1A tournament. 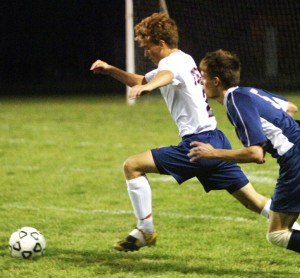 Albert Lea’s Tyler Shaw, Darik Weigel and Timmothy Furland each made their penalty-kick, while Alik Smed’s was saved.

The Lions made two of their first four kicks, setting up Pirsig for the win.

Pirsig’s shot went in, puncuating a dominant second half and overtime for the Tigers, and sending them to the Section 1A quarterfinals against No. 5-seeded Winona Cotter (11-5-1, 10-3-1) at Hammer Field.

“We got better as the game progressed,” Albert Lea head coach Elia Romano said. “We were dominant in the second half.”

The Tigers scored the first in the game’s opening half Smed goal assisted by Furland.

The Lions responded and scored to even the score at 1-1 before halftime. The Tigers outshot the Lions 8-6 in the first half.

The remainder of the game was a different story. Though the Tigers didn’t score on the Lions in the 60 minutes after halftime, Albert Lea outshot Schaeffer Academy 21-2 through the second overtime.

“We had (the Lions) much more pinned in,” Romano said, of the second half. “We were able to keep it in their defense third practically the entire time.”

The Tigers look to advance to the Section 1A semifinals Thursday as they host Winona Cotter.

“Hopefully we can leave where we left off (Tuesday),” Romano said, “not where we started.”