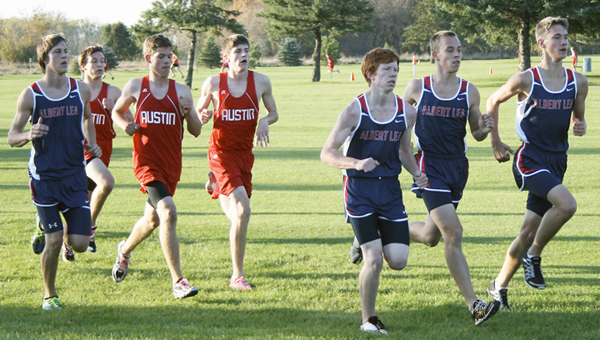 “An amazing effort was turned in by the teams,” Albert Lea head coach Jim Haney said. “They gave an exceptional effort to place 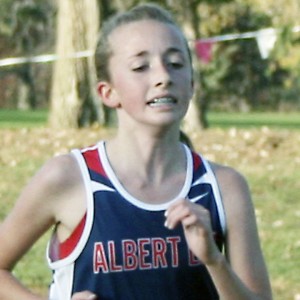 as high as they did.”

The girls’ team captured its only first place finish of the season, and were led by Monson and Thompson.

“Chrissy took over the race from the beginning and dominated,” Haney said. “(Monson and Thompson) are doing so well and they complement each other as they make the other better by the way they push each other in practice and in the meets.”

Eighth-graders Riley Schulz and Haley Harms finished third and fourth, respectively for the Tigers in their first varsity race of the season, and Rachel Kenis rounded out Albert Lea’s top five.

“Schulz and Harms were outstanding in their first varsity action,” Haney said.

Kruen finished second overall for the boys’ team in 17:41, as five Tigers runners finished in the top 12 overall. Blair Bonnerup finished close behind Kruen in 18:01.

“These young men have made each other better by the work ethic they demonstrate,” Haney said, of Kruen and Bonnerup. “I am happy for both runners, and it was especially nice that Steve was so close to winning.”

The Tigers run in the Big Nine Conference meet Tuesday.

“We could not be running with more confidence,” Haney said.