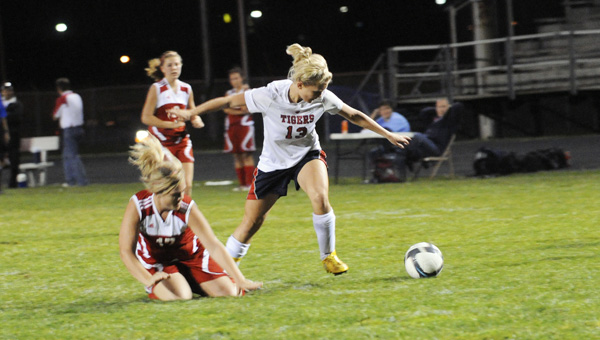 Katie Williamson scored twice and Albert Lea opened a 2-0 lead five minutes into the match Monday, as the Tigers beat the Austin Packers 5-1 in the first-round of
the Section 2A tournament.

“We did a good job of doing what we needed to do,” Albert Lea head coach Rick Barnhill said. “It’s difficult to play a team with that mindset of nothing to lose.”

The Tigers outscored the Packers 19-0 in their previous two matchups, including a 10-0 rout Thursday at Austin, and got off to a hot start again Monday.

Williamson scored first for the Tigers three minutes and 21 seconds into the game.
Gretta Johnson chipped in a second goal less than a minute later at 4:07 on an Anna Anderson assist.

Megan Kortan put the Tigers up 3-0 at 18:07 as she lofted the ball over the goalkeeper’s head on an Ariel Christensen assist.

Williamson scored again at 24:39 to put the Tigers ahead 4-0 at halftime.

After the Packers got on the board at 54:42, Christensen scored the match’s final goal on Megan Stark’s assist at 56:24.

The Tigers play at Willmar Thursday in the Section 2A quarterfinals.