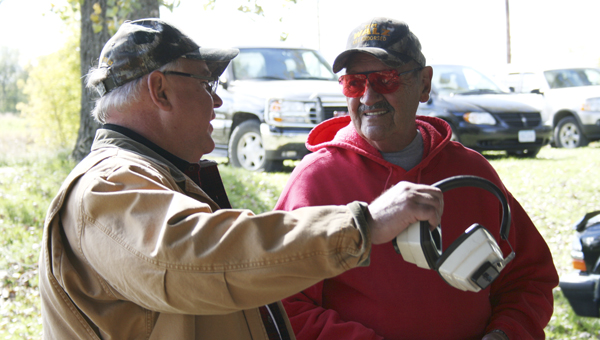 First District Congressman Tim Walz was in Albert Lea Saturday to announce that he had received an endorsement for Congress from the National Rifle Association. 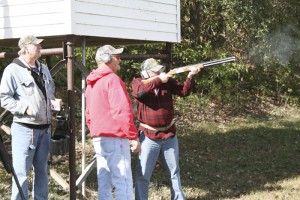 He said the NRA endorsement was a reflection of his ability to get the job done in Congress.

To celebrate the endorsement, he met up with a handful of friends and associates at the Oak Grove Gun Club Saturday afternoon.

Randy Anderson of Twin Lakes, a member of the gun club, said he supported the endorsement.

“The NRA is for gun rights, which is important for shooting sports and important for young people hunting,” Anderson said. “It was nice he wanted to come do this. It shows us he cares.”

Doyle Lammey of Albert Lea was also in attendance on Saturday to show his support. “He supports guns, working people and veterans in particular,” he said. “For us veterans, he’s the No. 1 guy.”

Walz co-sponsored and voted for the Second Amendment Enforcement Act and signed the pro-gun congressional amicus brief to the Supreme Court supporting the individual right to keep and bear arms in the 2008 Heller case.

He also co-sponsored legislation to reform the federal Bureau of Alcohol, Tobacco, Firearms and Explosives.

Walz serves on three committees in the U.S. House of Representatives: Agriculture, Transportation and Infrastructure and Veterans Affairs.

He also is one of nine House members to serve on the Congressional Executive Commission on China and was the president of the Democratic freshman class.

The NRA says it endorses candidates based not on their party but on their views on gun rights. Most of its Senate endorsements have gone to Republicans, but it’s backing several Democrats in U.S. House races.