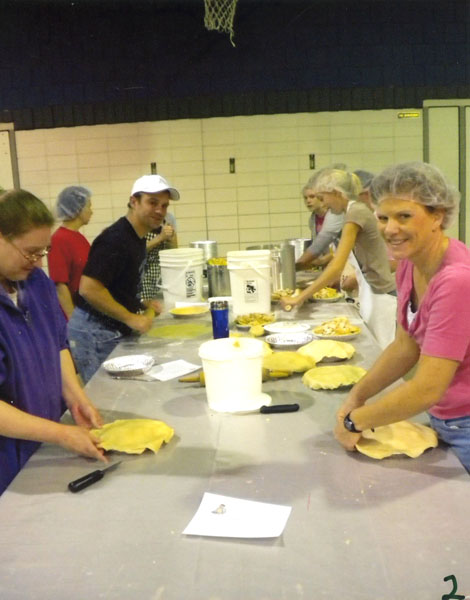 Volunteers are shown making pies in an assembly line. Supporters of Hollandale Christian School spent time working on a new fundraiser this fall. They sold and made ready-to-bake apple pies. Thirty bushels of apples, 150 pounds of lard and 850 cups of flour were put together to make 533 delicious apple pies. Volunteers ranging in age from 10 to 91 years old, helped mix, roll, flute and bag pies. The helpers enjoyed time of fun and fellowship. They already are looking forward to the apple pie fundraiser of 2011. -- Submitted photo