Who should be the boss? 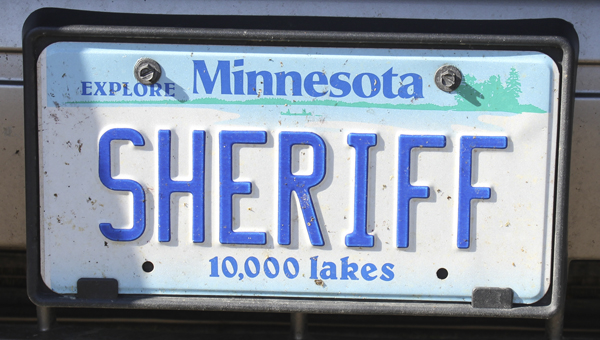 With the general election just days away, the Tribune gave the candidates for Freeborn County sheriff a final round of questions. 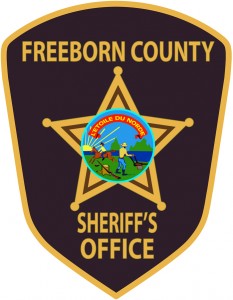 Harig joined the Freeborn County Sheriff’s Office in 1972 as a jailer and through the years has also served as patrolman, detective, narcotics investigator and supervisor. Harig was voted into office as Freeborn County sheriff in 2002 and won his second term in 2006. He is currently seeking re-election to a third term in office as sheriff.

Kindler has served the residents of Freeborn County for 23 years. He joined the force in 1987 as a patrolman and was promoted to detective in 1992. In October 1995, Kindler was promoted to his current position of detective supervisor.

The majority of the following questions were taken from the sheriff’s debate, sponsored by the Albert Lea-Freeborn County Chamber of Commerce, on Oct. 14.

This was also an opportunity for each candidate to ask questions of his opponent, and a few of the questions below stemmed from those.

The following is a rundown of the questions and answers from each candidate. Harig’s interview is listed first based on alphabetic order of last name.

Q: Over the past few years, the Sheriff’s Office has allegedly become more reactive than proactive. If you are re-elected, what specific steps will you take to get the Sheriff’s Office to be more proactive and to improve services to the citizens of the smaller communities and rural areas? 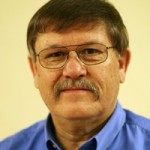 A: I see a tremendous proactive presence. I have the most proactive drug task force agent in our four-county area. We do all narcotics cases in Albert Lea. The Sheriff’s Office has organized saturation patrols and invited the state patrol and Albert Lea Police Department to participate. When you look at the statistics in DUIs and seat belts, you will see we are very proactive.

The reactive part referred to is not having enough patrol presence in rural areas. I see the opportunity for us to improve that. My supervisors are my first line of command and they have to make those assignments. It’s my supervisors’ jobs to make sure that gets done and if they feel there’s not a presence, then I need to address that.

We handle other things that cut into our time: covering for state patrol on the freeway, emergency response on the freeways and other things. We’ve got a lot of things going on and we’re limited with 13 patrolmen. Can we be more proactive? Absolutely. I have to have teamwork, supervisors making assignments and holding people accountable. We don’t have teamwork if everyone is not working as a team.

Q: If you are re-elected, what will you do to restore the alleged decline in morale within the Sheriff’s Office and regain the trust and confidence of all the deputies?

A: Scheduling has been a primary concern brought up, so we need to look at the schedule. With morale, I’ve always been respectful with my men. I’m very respectful of the Teamsters. Freeborn County has always been a group to look at treating all employees, union and non-union, fairly. Some morale problems are out of my control. I have no control over the cost of insurance premiums or when a job description is written and pay grade attached.

Q: How will you address the scheduling issue?

A: We need to look at that. Better coverage and trying to ensure schedules are more constant help with morale. I didn’t create this schedule. It was developed by supervisors and patrolmen for the best coverage based on what they perceived we needed. It has been enhanced a few times to try and provide better coverage with military deployments and medical leaves. We just don’t have a tremendous amount of men to deal with when it comes to these things.

I understand when turnaround is too quick, and I try to rotate with the least amount of change possible. It’s tough. The union contract says we need to give five days to change the schedule and when we don’t get that from the officers, it’s hard to balance. What gets us in trouble is that county policies allow you to take a couple hours of vacation or comp time to get off early, but if you do that without notice, someone else ends up working alone because we didn’t have time to refill the schedule. If I call someone in off duty, we have to pay overtime and two hours of recall. It’s expensive for the county to fill that. It’s easier for us to change a shift than reschedule someone with less than five days notice.

Q: It was stated in the debate that the 21 car computers from the State Patrol are outdated and will take a quarter of a million dollars to upgrade. Should the Sheriff’s Office be investing in this sort of thing within the current economic crisis?

A: That is not a confirmed figure or expense. The county and CIS systems are looking at the feasibility of how records management licensing would apply to these computers. These were free computers and they are not junk. They can do most of the functions and have almost all of the capabilities we need right now. These computers keep our cars on road and saves time for our guys. Our guys are more visible if they are out there. They can sit in Alden, type up a report and have a patrol presence there at the same time. There are a lot of advantages of using these computers and the records system is a detail we need to work out our procedures for.

Q: Can you name three good things about your opponent, and why?

A: Longevity. He’s been here a long time, and that’s valuable. He’s more my age and thinks about things the way I do. We have a lot in common because we look at things differently than younger employees, and I think that’s a benefit to the Sheriff’s Office. Bob also has good working relationships with Department of Human Services, probation, partners we work with. He’s a good collaborator.

Q: What final thoughts do you have? What do you want people to think about when they are in that booth, getting ready to cast their ballot?

A: I hope they look at my achievements. I’m doing my best for Freeborn County. I’ve always been self-motivated and fiscally responsible. For the past three years, my budget has been frozen. I’ve not increased several things and reduced several line items. My wages have been frozen for two years. I hope people recognize my hard work and dedication during the past 37 years. It’s constantly been there. I’ve had a lot of accomplishments and focus on what works good for this county. I hope to expand the ICE contract, which brought in 17 new jobs and new revenue. We’re ahead on the ARMER radios and have a new jail. I do have good support. I understand change and don’t disagree with guys that want to see change, but we’ve got a lot of good things going on here.

Q: Currently, you are not a member of the Teamsters Union Local 320 because of your position as a detective supervisor in the Freeborn County Sheriff’s Office. If you are elected, does this bring up challenges when working with them as an administrator in the future? 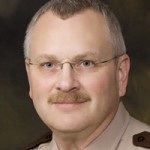 A: No. The union contract is between the county and the Teamsters. Any contract negotiations are between the bargaining unit and Freeborn County administration with approval from the county board of commissioners. Any grievances will bring to light what’s believed to be any problem with that agreement. The sheriff would serve as a person in the chain of how a grievance is resolved and handle those grievances placed before him. Any resolution in accordance with the agreement is between the union and the county board.

Q: You’ve said if elected, you will split your position of detective supervisor. It was brought up in the debate that by splitting this position, it breaks the team concept and the opportunity for a patrolman to advance would be lost. What is your response to this?

The opportunity to advance is actually increased by one, because we would have two supervisor patrol positions to advance to, instead of just one detective supervisor.

Q: For the past three years, the Sheriff’s Office has worked within a frozen budget. Do you have budget experience and if so, what is it?

A: Over the years with Freeborn County, I’ve been involved with making good budget suggestions. In preparation for running for sheriff eight years ago and now, I’ve researched this budget well and I’m very familiar with it. I also have other financial experience working with budgets through the credit union board I’m a member of.

Q: In the debate, you stated that the ICE contract has monopolized race. Where would you prefer for the focus to have stayed?

A: So many other issues are important to the Sheriff’s Office at this time. The ICE contract has been one portion of our entire operations. We needed to focus more on what we are going to do for the citizens who live here, people who are paying their taxes and demanding a level of service they are expecting us to provide. For those reasons, I’ve developed plans to return services to increase our patrol presence in smaller communities and rural areas, to eliminate wasted spending we have within our sheriff’s office and to become more proactive than reactive, especially in crash reduction, establishing strategic plans for the future and ways to improve better access to the Sheriff’s Office and Government Center.

Q: Can you name three good things about your opponent, and why?

Q: What final thoughts do you have? What do you want people to think about when they are in that booth, getting ready to cast their ballot?

A: That I offer them the best, most cost effective law enforcement for the citizens of Freeborn County by eliminating our waste, keeping future costs as low as we can, increasing patrol presence in rural areas and smaller communities, with a vigorous and sustained traffic enforcement program and with a strategic plan for the future that increases accessibility to the Sheriff’s Office and the Government Center.