Work is not done for a smoke-free Minnesota

Congratulations to Minnesota on an important health milestone Oct. 1 — the third anniversary of the Freedom to Breathe Act. Minnesotans overwhelmingly embraced the protections from secondhand smoke, and now neighboring states and others across the country are following our lead with their own smoke-free laws. 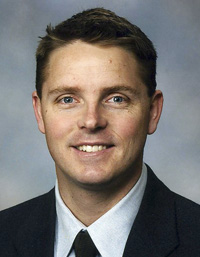 Here in Albert Lea, we understand the importance of health. Our community’s commitment has been reflected in such initiatives as last year’s Blue Zones Vitality Project, during which many local companies pledged to make their workplaces healthier, or even completely tobacco-free.

Still, despite our success at reducing secondhand smoke and improving health, more work is needed to prevent our kids from starting to smoke and to help current smokers quit. Not all recent news is good.

We know that Freeborn County ranked near the bottom for healthy behaviors in a recent statewide analysis of Minnesota counties, and at the state level, Minnesota no longer receives top grades for tobacco prevention. The American Lung Association gives us an A for smoke-free air, but a dismal C for our tobacco tax rate — a proven way to keep kids from smoking and encourage current tobacco users to quit.

Nationally, smoking rates have been stuck since 2004, according to a recent Centers for Disease Control and Prevention report. But other states that have made a stronger commitment to tobacco prevention programs and high cigarette prices are seeing results. Their residents enjoy among the lowest smoking rates in the country.

No one benefits from cheap tobacco, least of all our kids. Minnesota should reclaim its status as a health leader by raising the price of tobacco products, in addition to continuing our education efforts directed toward adults and children in regards to smoking cessation and avoidance.

The smoke-free law reminds us we’ve done well at protecting people from secondhand smoke. But we still need to make local and statewide commitments to reduce tobacco use. Otherwise, we won’t continue our momentum toward better health.

Dieter Heinz is a family-practice physician at the Albert Lea Medical Center.