The book, released Oct. 19, is a follow-up to his first book, “The Blue Zones: Lessons for Living Longer From the People Who’ve Lived the Longest.” 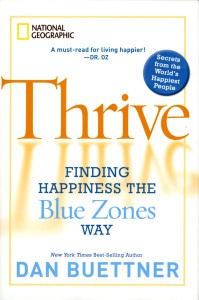 The new book looks at four places identified by researchers as the world’s leaders in happiness and discusses what people outside of those areas can do to incorporate personal characteristics of happiness into daily living.

Toward the end of the book is a section titled “Lessons in Thriving,” where Beuttner discusses six life domains people can shape to boost their chances for long-term happiness.

It is in this section that the reference to Albert Lea is included under a subhead about social life.

On pages 226 and 227, Buettner suggests creating a group of mutually committed friends — what Okinawans call a moai.

“Okinawans, among the world’s longest-lived people, travel through life together in clusters of a few friends. They commit to meeting regularly, share spoils in the case of a windfall, and support each other in times of crisis or grief. As part of an experiment in well-being, the town of Albert Lea, a community of 18,000 in southern Minnesota, created some 70 moais. Each group shared interests (some were new mothers, or liked to volunteer, or liked sports). Then they made a point to walk together several times weekly for 10 weeks, so that bonds could form in their groups. A year later, more than half the Albert Lea moais are still together.” 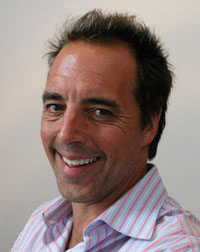 There is no other mention of the Albert Lea Vitality Project, which was organized by AARP and Buettner’s Blue Zones organization, in the remainder of the book.

Buettner brought the Vitality Project experiment to Albert Lea during the first months of 2009.

It aimed to help residents live longer, healthier lives by making simple environmental changes and making it easier to make healthy decisions, such as dining from smaller plates, building more sidewalks, growing food in gardens and having healthy choices on local menus. Residents followed research Buettner had obtained from his experiences in the world’s Blue Zones, or areas where the people are living the longest healthiest lives.

By the end of the local project, a web survey showed participants had gained an average of three years life expectancy.

In October, Buettner announced he is launching a similar public health initiative, this time for a much larger population, in the cities of Hermosa Beach, Redondo Beach and Manhattan Beach in California.

This project is being called Healthways/Blue Zones Vitality City. It is expected to last three years.

In an effort to maintain the lessons learned from the Vitality Project and to further the principals to other communities, Albert Leans founded the National Vitality Center.