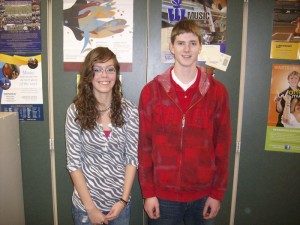 The Gustavus Honor Band was conducted by Dr. Douglas Nimmo, director of wind orchestras at Gustavus Adolphus College. The honor band weekend culminated with a final concert held at Gustavus Christ Chapel and featured the Gustavus Wind Orchestra as well at the high school honor band. More than 85 student musicians from about 40 high schools in Minnesota and Iowa comprised the honor band membership.

On Nov. 13, Maria Silva (flute), Ray Stephenson (percussion), and Talia Barber (euphonium) represented ALHS at the St. Olaf Festival of Bands held at St. Olaf College in Northfield. Guest conductor for the honor band was Dr. James Patrick Miller of the University of Massachusetts-Amherst. The guest soloist for the concert was Catherin Ramirez, professor of flute at St. Olaf.  The final concert featured the festival band as well at two St. Olaf college bands: The Norseman Band, and the St. Olaf Band. The 160-piece festival band was made up of students from more than 50 schools from Minnesota and South Dakota. 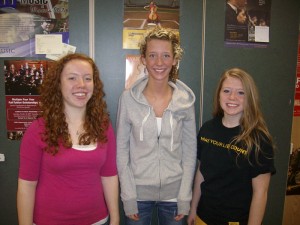