All set for an election 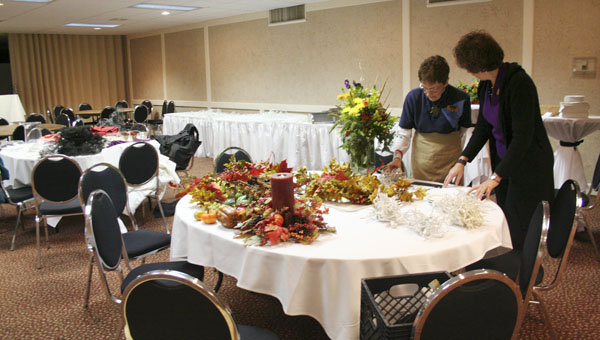 After the polls close on Tuesday evening, America’s Best Value Inn will be the hot spot in Albert Lea. 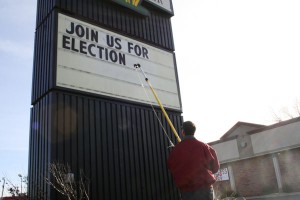 As the polls close and the results start to pour in, local candidates and supporters alike are expected to gather to see the results of the local, state and national races.

“It’s really quite exciting,” said Tina Stripe, general manager of America’s Best Value Inn. “They did this two years ago, and it was really fun to be able to go down the hall and find out who was winning.”

While local candidates may or may not be on hand, Stripe said the members of the general public are invited to support their party of choice.

Local GOP supporters willgather in the Land Between the Lakes Events Center, which is the largest of the hotel’s meeting rooms.

The DFL will meet in two rooms, the Bear Creek and Eagles Nest rooms. The rooms will be combined by simply sliding the “moving” door across the tract to form one large room, which will be comparable in size to the Events Center.

The political parties will be separated by just one small room, designated for the news media.

Stripe doesn’t expect this to be a problem in the least. Party members generally are cordial.

“It’s a small town and everyone’s always pretty friendly toward people from the other parties,” she said.

She said both parties made reservations at least a month in advance. 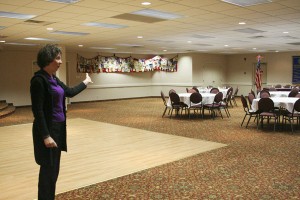 Al Ahrends, co-chairman of the Freeborn County Republican Party, can’t remember exactly how many years they have had their election headquarters at the hotel, but a good six to eight years for sure.

“They have a great manager with Tina; she’s very helpful and cooperative,” he said. “We’ve had meetings there and she’s always worked hard to accommodate us. We felt that’s a great place to hold our event.”

Stripe said she thinks both parties have been using the facility for several years, as she remembers coming to the hotel for political-type events when she was younger.

Each of the event rooms will have multiple TV sets for following national, state and local trends, along with light appetizers.

“In the past, some of the candidates have rented our guest rooms as well,” Stripe added. “That’s really neat now with our hospitality rooms because they’ve got the couches and chairs for sitting.”

Stripe said that both political parties reserved meeting rooms early, over a month ago, which helps her when scheduling her staff for the next couple of days.

“We ramp up our staff about 20 percent and add later shifts for this,” she said.

Stripe said that the hotel’s on-site restaurant, the Big Island Grille & Bar, is also expecting a large crowd Tuesday night and will increase waitstaff for the evening.