Are you the bystander who does nothing?

The word “bullying” has been steadily hammered into our vocabulary since elementary school. But what does it even mean? Whenever I think of bullying, I automatically imagine a scrawny child being pushed around on the playground by a bigger child over lunch money. Of course, that isn’t what bullying is all about. 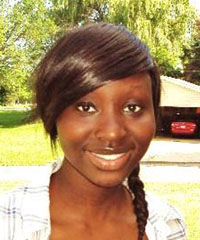 Bullying can be defined as a form of abuse in which a victim is targeted by someone who is perceived to be more powerful, either physically or socially. There are so many different types today that it’s hard to recognize what is and isn’t bullying. The elementary school workshops, assemblies and peer mediations only taught me how to spot the playground type. I think that is one of the reasons why there are so many unreported cases — the victims don’t realize that what they’re experiencing is in fact a form of bullying. Whether it’s on the playground, within cliques, or even online, it’s all bullying and it’s wrong.

There are three kinds of people when it comes to bullying: participants, witnesses and victims. My experience as all three has given me a different perspective about bullying.

In fifth- and sixth-grade I was a peer mediator at my elementary school. My job was to help solve issues between my classmates and to recognize and stop bullying. Looking back on it now, I realized how hypocritical I was. I was in a position to help victims, yet I was one of the people they should have been protected against.

What I was doing was going along with crowd in making fun of a girl in our class. I didn’t realize that we were bullying her; all of it seemed like harmless behavior. It started with cupcakes. Our sixth-grade teacher baked cupcakes every month and students who had birthdays in that month were allowed to decorate them and give them to the rest of the class. When it was her turn to decorate the cupcakes, nearly the entire class refused to eat them. One day she wore a Waste Management jacket to school and we ran circles around her singing “Waste Management, Waste Management.”

I don’t have a valid reason for why I participated in bullying her, but I am sincerely sorry. She moved away after elementary school, but came back to Albert Lea High School this year. I’m still trying to find the courage to apologize to her for all the things that happened five years ago.

Being a bully is obviously wrong, but being a spectator while someone is being bullied is just as bad. I can’t count how many times I’ve just stood there while one of my peers was being harassed. I justified my inaction by saying that it had nothing to do with me and it wasn’t my problem.

It wasn’t until I played the victim that my eyes opened to what bullying really felt like. When I was younger I used to ride the bus to and from school. On the bus I usually kept to myself. I didn’t say a word unless I was spoken to and I just stared out the window. I didn’t give anyone reason to have a problem with me, but it really didn’t matter. It started with name-calling. I was so disconnected with everyone else on the bus that it took me a minute to realize that they were calling me those nasty names. It escalated to throwing things. Pop bottles or scrunched up paper. Day after day it was the same routine. I would have given anything for someone to just step in and do something. Of course, everybody else had the same state of mind I did when I was a bystander: It has nothing to do with me; it’s not my problem.

My experiences with bullying have helped me realize the effects it has on a person. I wouldn’t necessarily go with the cliché phrase “it made me stronger,” but I’d say it’s made me more aware and sympathetic. I’m not going to claim to be some anti-bullying hero, but I’m not just a bystander either. I try to do what I can to help put an end to it.

What part of the cycle are you? Are you willing to be the person who stops standing by and instead steps in and says no? I know I am, and I challenge you to be as well.

Nya Lony is a student at Albert Lea High School.

Tribune series
On Friday, Nov. 12, the Albert Lea Tribune starts a weekly series on the issue of bullying. We talk with teens, parents, school officials, law enforcement and many stakeholders in the topic.