The funeral service for Arnold Lloyd Biedermann of Albert Lea will be at 1 p.m. Saturday at Trinity Lutheran Church, Albert Lea. The Rev. Curtis Zieske will officiate. Interment will be in Concordia Lutheran Pickerel Lake Cemetery. Visitation will be from 4 to 6 p.m. today at Bonnerup Funeral Service, Albert Lea and one hour before the service at the church. 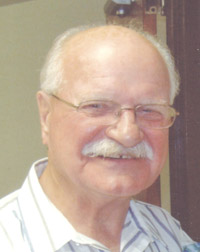 Arnold was born Dec. 15, 1929, at Guttenberg, Iowa, to Harry and Effie (Tindel) Biedermann. As a child he grew up at the Bremwood Children’s Home, Waverly, Iowa. He came to Albert Lea at the age of 15 and graduated from Albert Lea High School in 1949. Arnold married Adeline Hensche on Feb. 5, 1951, at the Alden Lutheran Church. He served as an MP in the United States Army. Arnold was a very active member of Trinity Lutheran Church. He sang in the church choir, and served as a communion assistant. Arnold also sang for many weddings and funerals. He served as an Albert Lea policeman for eight years and then belonged to the Albert Lea Fire Department where they created the Department of Fire Prevention where he served and became the city fire marshal. He also had been the city dog catcher for two years. Arnold was a member of the National Guard for 18 years, and county commissioner for 12 years. He belonged to the American Legion, Rotary Club, SPIRE, St. John’s Lutheran Home Board, the United Way and Red Cross. Arnold enjoyed helping children and participated as Santa, and was the school crossing guard for Lakeview School. Arnold was a very community minded person and was very compassionate to the less fortunate. Arnold was a regular blood donor and helped with the Salvation Army Bell ringing. He hosted nine Rotary exchange students. Arnold enjoyed riding his bicycle around Albert Lea.