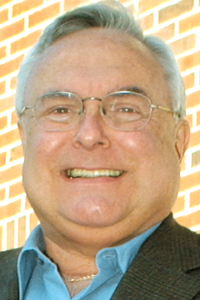 McGarvey, 69, of Mason City, Iowa, will work part time as manager until a long-term manager is selected.

It has been about four months since the position was vacated by former City Manager Jim Norman amid charges he misused the city credit card.

Albert Lea Mayor Vern Rasmussen said McGarvey is asking for about $45 an hour for his services. He will more than likely work a few days a week.

McGarvey worked as Austin city manager from 1992 to 2003 and has also worked as city administrator in North Liberty, Iowa, Lakeville and Chaska. He was also the city clerk in Bettendorf, Iowa, for 1 1/2 years.

Sixth Ward Councilor Al “Minnow” Brooks said he has heard nothing but good reports about McGarvey from people at one of his former communities. Brooks noted that one person told him if the city wants to  hire someone for a short amount of time who will get projects done, McGarvey would be the person for the job.