Duane Chester Leschefske, 76, of Albert Lea, peacefully passed away surrounded by his family on Friday, Nov. 5, 2010, at St. Mary’s Hospital in Rochester from complications of pneumonia. 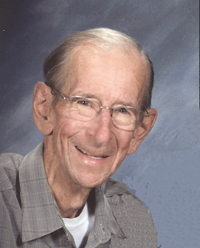 Duane was born on May 21, 1934 in Albert Lea, to Chester and Bernice (Schneider) Leschefske. He was baptized and confirmed at First Lutheran Church in Albert Lea and attended Albert Lea High School. Duane was united in marriage to Carol Lee May on June 10, 1956, at Emmanuel Lutheran Church in Grafton, Iowa. Together they raised five children. Duane proudly served in the United States Army as a quartermaster from 1957-1959, stationed in Fort Lee, Va., and again from 1961-1962, stationed in Fort Lewis, Wash. While in the military, Duane was a member of the U.S. Army Drill Team. Duane worked at Motor Inn Company as an automobile mechanic for 43 years until retiring in 1996. After retirement, Duane worked part-time for Albert Lea RV and Marine and Zetterholms.

Funeral services will be held 2 p.m. Tuesday at First Lutheran Church, Albert Lea. The Rev. Dan Baker will officiate. Interment will be in Hillcrest Cemetery. Visitation will be from 4 to 7 p.m. Monday at Bonnerup Funeral Service, Albert Lea, and one hour before the service at the church. Military honors will be accorded.