The voting machines in Freeborn County were deemed accurate at the post-election equipment review on Wednesday.

“Everything went as planned,” said Freeborn County Auditor-Treasurer Dennis Distad. “The efficiency and accuracy of the machines proved themselves.”

The “post-election equipment review” was held Wednesday morning in the Freeborn Room at the Government Center. Commonly called PEER, the equipment review is required by state law to ensure the accuracy of the voting equipment. 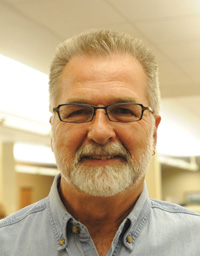 Two precincts were chosen at random for the PEER review: Riceland Township and Geneva.

Six election judges, three from each precinct, hand-counted all ballots from their respective precincts to ensure the machine tabulated the results correctly. Deputies from Distad’s office assisted each team of election judges with any questions.

The hand-counted results were then compared to the state audits for the races of the governor and U.S. representative.

“Everything went as planned,” said Distad. “There were no changes, all ballots and all numbers were the same as they were election night and exactly the same as the machine count.”

The check was open to the public and about six people attended, including observers for gubernatorial candidates Mark Dayton and Tom Emmer campaigns, along with Paul Overgaard with the Rich Murray for House District 27A campaign.

A couple of members from the Citizens for Election Integrity Minnesota, a statewide, nonprofit, nonpartisan organization that advocates for verifiable, transparent and accurate elections, were also in attendance.

“They send representatives to various PEER events to monitor the process, see if totals come out properly and look for irregularities and problems,” said Distad.

He said the current voting machines have been in use in Freeborn County for about 10 years.

The entire procedure, which included swearing in the election judges, giving instructions, explaining the process to the observers, hand counting all ballots from the two chosen precincts, and signing the final papers took just under one hour.

PEER is not related to the pending recounts in the House District 27A race or the governor’s race. PEER is performed after every election.

Recounts will be determined on Nov. 23, when the state Canvassing Board will officially certify the results from the Nov. 2 general election. Freeborn County officially certified its results last Friday and Mower County on Tuesday.

A recount is expected in both races, as Minnesota law states an automatic recount is triggered when there is a margin of victory of 0.5 percent or less.

Later that same day, a hand recount for the governor’s race is also slated, barring any surprises between today and the date the state Canvassing Board meets.

Distad said his office is not anticipating any surprises during the hand recount, other than determining voters intent with odd marks on ballots.

“Hopefully we have as much luck on the 29th,” said Distad.

5 file for Albert Lea School Board; filing open through next Tuesday