Memorial services for Esther Ruth Loehr, 82, of Albert Lea, will be held at 11 a.m. Thursday at Bayview/Freeborn Funeral Home. The Rev. Mark Niethammer of Salem Lutheran Church will officiate. Visitation will be one hour prior to the service. Interment will be at Graceland Cemetery. To sign the guestbook go to, www.bayviewfuneral.com. 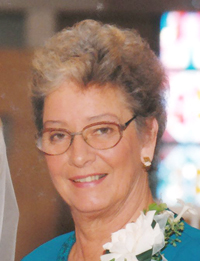 Esther Ruth Loehr was born Jan. 11, 1928, to Otto and Gunhild (Norsrud) Skatter in Joice, Iowa, where she grew up. On Oct. 3, 1947, she was united in marriage to David Loehr in Lake Mills, Iowa, at her parents’ home. Ruth worked as a waitress at The Stables Supper Club for 23 years. After that she started her own wallpapering business. She was a member of Salem Lutheran Church. Ruth enjoyed doing crafts and golfing and was an excellent cook and seamstress. Later in life Ruth enjoyed spending her winters in Florida with her husband, Dave, and her close friends. Ruth loved spending time with her family and friends.