Funeral services for Evelyn M. (Dorn) Vollum of Albert Lea will be held at 2 p.m. Tuesday at the Bonnerup Funeral Service Chapel. The Rev. Matthew Griggs will officiate. Friends may call from noon until the time of service on Tuesday. 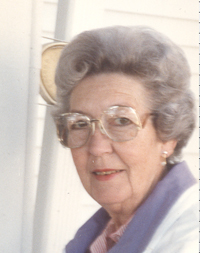 She was proceeded in death by her parents and brother Donald Dorn of Austin.

She moved from Austin to the farm near Lerdal with Orville in 1948 and embraced the new lifestyle. The focus of Evie’s life was always being a loving, caring and devoted wife and mother to her family and extended family. She loved the family lake home built by her parents near Elysian where she hosted many family functions. She was a member of the East Freeborn Ladies Aid, Quilting Club and along with Orv help found the Albert Lea Art Center. She will be greatly missed.