Every which way (with video) 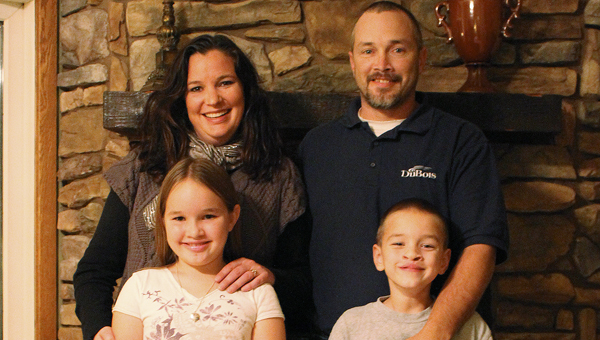 The Eggums stand Friday near the fireplace of their new home a mile and a half west of Clarks Grove. The parents are Karl and Angie, and the children are Maggie, 9, and Henry, 7. -- Tim Engstrom/Albert Lea Tribune

CLARKS GROVE — Hanging in the home of Freeborn County residents Karl and Angie Eggum is a sign that says it all.

“Every story has an end, but in life every end is just a new beginning.” 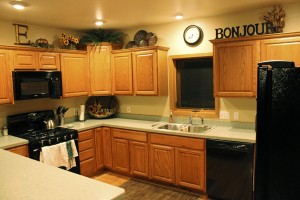 “Bonjour” reads a sign atop cabinets in the kitchen of the new home of tornado victims Angie and Karl Eggum. -- Tim Engstrom/Albert Lea Tribune

The Eggum family — one of dozens of families devastated by the June 17 tornadoes — is living in that new beginning.

This Thanksgiving season, as the family settles into their new home after losing their old home to a tornado, they said they are thankful for the small things in life.

“We’re a lot more thankful than we have been before,” Angie said.

They have beds to sleep in, a roof over their head — and most importantly, they said, they’re still together as a family.

Having grown up in the area their entire lives, Angie and Karl said they’ve always considered this area to be their home. But the devastation has brought the community even closer. They said they are grateful for the people who have helped them and their two children, Maggie, 9, and Henry, 7. 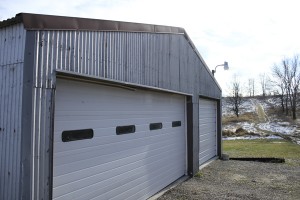 The nine-acre property the Eggums have feature a multi-car garage and a sledding hill, seen in the background. -- Tim Engstrom/Albert Lea

It has been a long road of recovery.

Angie said on June 17, Karl had just gotten back from a business trip in Chicago. She went out with her father and Henry to dinner in Clarks Grove, while Karl and Maggie stayed at their home at 69842 230th St., two miles north of Armstrong.

She recalled sirens sounding off in Clarks Grove but didn’t think much of it since the weather didn’t look bad outside.

Then she got a call from Karl, who also informed her the weather was getting worse.

Ten minutes later, Karl called again as he and Maggie were walking across the field after their home was destroyed.

“The house, the barn, it’s gone,” she recalled her husband saying.

Karl said he had been sitting at home about an hour and a half after his wife and son went to dinner when the power went out. He watched the trees change direction four or five times.

He and Maggie ended up going under their steps, and their house fell around them.