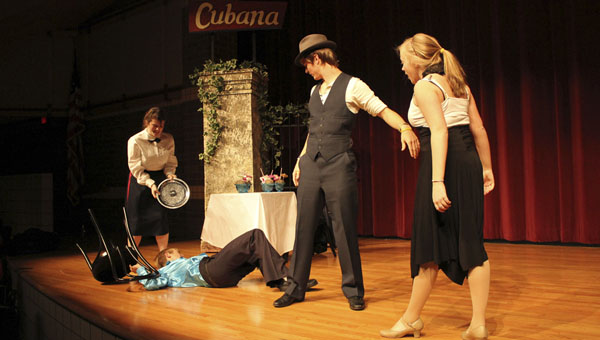 Albert Lea High School students will present a classic musical about Broadway in New York City in the 1950s. It follows the story of two gamblers and what happens when they fall in love.

“Guys and Dolls” will run Thursday, Friday and Saturday, at the high school auditorium. The show features classic songs such as “Luck be a Lady,” “Sit Down You’re Rocking the Boat,” “If I were a Bell,” and “Sue Me.” 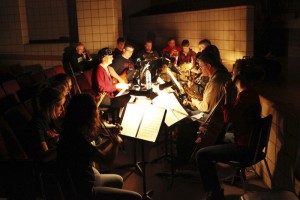 The pit crew plays Friday during a dress rehearsal.

The shows will begin at 7:30 p.m. each night. Tickets are $5 for students and $7 for adults. Tickets are sold at Hallmark, Addie’s Floral and at the door.

High school choir Director Diane Heaney is the musical director and John Fure is the set and prop designer. Molly Grimmius is directing the musical.

“This is one of my favorite musicals as it has some fun, upbeat numbers and some great humor in the dialogue,” Grimmius said.

She said she thought it was a good fit for the students. Grimmius also said it was a more classic choice after the newer plays that have been shown the past few years.

“She offers a lot of wisdom,” Grimmius said.

Though the play has been a challenge with many students new to theater, it was fun to expose students to the process, she said.

“Live theater is just so much fun,” Grimmius said.

Senior Mollie Hernandez, 17, plays one of the lead roles and said she’s participated in many musicals in her time at ALHS. She said she liked that there were lots of roles that all get stage time.

“I like that everyone can be involved,” Hernandez said. 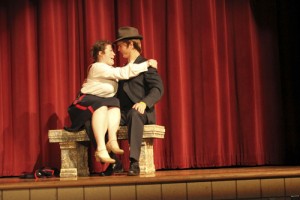 Holly Ryks as Sarah Brown sings how glad she is to be with Zach Wilke as Sky Masterson in the song "If I Were a Bell."

Stuart Behling, 16, said the community will enjoy the show and said the show is “really coming together.”

Another senior, Tim Stoneking, 17, said he’s always liked “Guys and Dolls” because it has a lot of good songs.

“Everyone should come out,” Stoneking said. “It’s going to be a sweet show.” 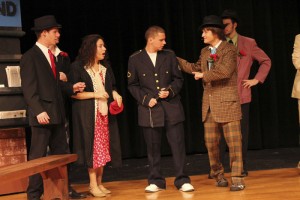 Guys try to con a cop about the presence of gambling during dress rehearsal for "Guys and Dolls" Friday at Albert Lea HIgh School. Left to right are Matt Attig, Dan Edwards (behind), Mollie Hernandez (as Miss Adelaide), Nick Bera, Stuart Behling and Kyle Ooms.

When: Thursday, Friday and Saturday at 7:30 p.m.
Where: Albert Lea High School auditorium
Tickets: $5 for students and $7 for adults and can be purchased at the door