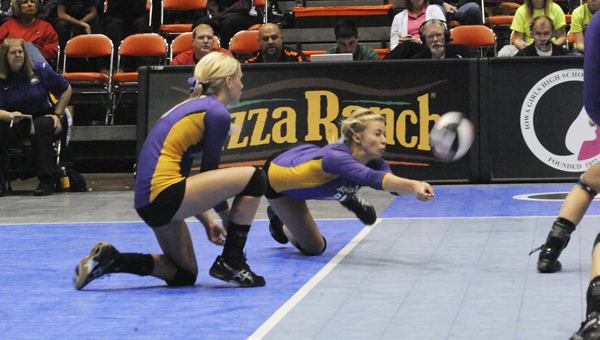 CEDAR RAPIDS, Iowa — After a perfect start to the Class 2A state tournament, the Lake Mills Bulldogs volleyball team ran into the most storied program in Iowa state history — the Western Christian Wolfpack. 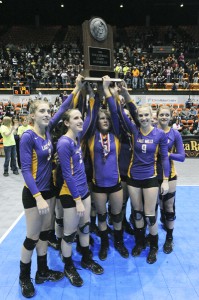 “We weren’t kidding anybody,” Lake Mills head coach Jim Boehmer said. “We had to come out and put a lot into that first game. That just took a lot out of us.”

After Josie Brakey’s kill put Lake Mills ahead 23-21 in the first set, the Wolfpack went on a 3-0 run and had set point.

The teams traded points but the Bulldogs were never able to regain the lead before falling 28-26.

The physically and emotionally exhausting first set, and a slow start to the second, kept the Bulldogs down for the remainder of the match.

“If we could have stole the first game it would have been a whole different night,” Boehmer said.

The loss ended Lake Mills’ first state tournament appearance since 2001. Prior to this season, the Bulldogs had never won a match at the state tournament, but opened this year’s by sweeping Pella Christian and Mediapolis.

Brackey led the Bulldogs with 12 kills in the championship match. 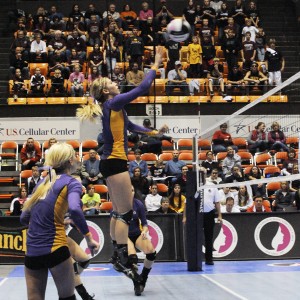 Morgan Fjelstad had 28 assists while Lindy Pins led the team with 11 digs and two ace serves.

Brackey and Fjelstad were both named the Class 2A All-Tournament team.