Mary Lynne Podlogar, 62, passed peacefully Nov. 20, 2010, at St. John’s Lutheran Home Sheltering Arms with her family by her side. 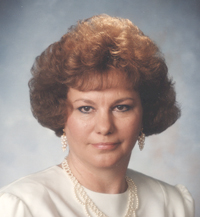 Funeral services for Mary Lynne Podlogar, of Albert Lea, will be held at 10:30 a.m. Tuesday at St. Theodore Catholic Church, Albert Lea. The Rev. James Berning and Deacon Mike Ellis will officiate. Interment will be at the St. Theodore Catholic Cemetery. Visitation will be from 5 to 7 p.m. Monday at Bonnerup Funeral Home and one hour prior to the service at the church.

Mary was born on Sept. 24, 1948, to Morleen (Johnson) and Donald Haase in Norfolk, Neb. She grew up in Alaska, later moving to Silver Bay and then Babbitt. Mary graduated from John F. Kennedy High School in Babbitt, where she was involved in many activities and functions, but was most proud of being a cheerleader, choir standout and lead in the class play, the “Sound of Music.”

Mary was united in marriage to David Podlogar in 1966 and she later graduated from Bemidji State College with a degree in business. They moved to Albert Lea and she started working at Streater’s and then 25 years for 4 Seasons as the office manager. Mary was a member of St. Theodore Church, taught religion classes and sang in the choir. She supported her daughters by being a Girl Scout leader and 4-H leader. Mary was a member of the Lions, Senior Resources, Tri-T and the Knights of Columbus Auxiliary as president, working many KC events. She enjoyed shopping with her daughters, playing cards, golfing, camping, traveling, homemaking and spending time with friends and family, especially with the grandchildren.

Mary was preceded in death by parents, Donald and Morleen Haase, and brother, William Haase.

The family wishes to express their sincere appreciation to the staff at St. John’s Lutheran Home Sheltering Arms for the wonderful care they gave Mary.