Mrs. Gerry’s is Large Business of the Year 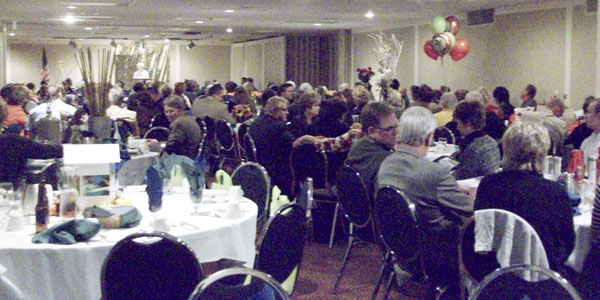 The locally owned maker of salads, mashed potatoes, salsa and other food products found in grocery stores across the Upper Midwest was named the Large Business of the Year.

Chamber Executive Director Randy Kehr said Mrs. Gerry’s won the prize for its continued support of the chamber and for its involvement in the Albert Lea community.

The Albert Lea-Freeborn County Chamber of Commerce this year began a new award for its annual banquet: Medium Business of the Year. That honor went to Security Bank Minnesota.

It won for many reasons, Kehr said, but notably for its great support for the Freeborn County Fair and being a long-term chamber member.

Anytime Fitness won Small Business of the Year. A newcomer to Albert Lea from a few years ago, it joined the Albert Lea-Freeborn County Chamber of Commerce right away, Kehr said, and has utilized member benefits — such as the E-Biz Weekly and chamber bucks — to a great degree.

The Albert Lea-Freeborn County Chamber of Commerce awarded a lifetime membership to Vern Haas, who helped found the Chamber Ambassadors 40 years ago.

The banquet was the chamber’s 129th annual celebration for members. The theme was “Remembering the Past, Embracing the Future.”

The speaker was Jerry Drayer, who graduated as valedictorian of the Albert Lea High School class of 1960. He is a professor in the Department of Physics and Astronomy at Louisiana State University and president and CEO of Southeastern Universities Research Association, a consortium of 60 universities in the South. SURA manages and operates the Thomas Jefferson National Accelerator Facility for the Department of Energy. The nuclear physics research facility provides unique capabilities for a user community of about 1,600 researchers from 280 institutions worldwide. 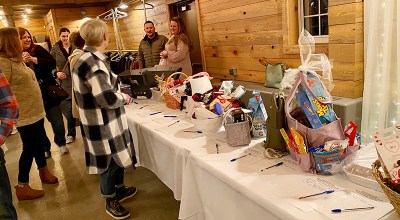