Nelson asks that charges be dismissed

The lawyer of Albert Lea insurance agent Reid Nelson on Monday requested that the charges of insurance fraud and aggravated forgery against his client be dismissed because of lack of probable cause. 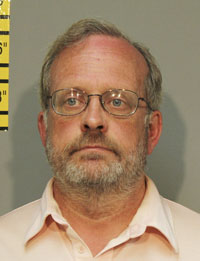 Nelson, 58, is accused of failing to insure liability for Lembke Construction even though the company reportedly made its payments. He is also accused of providing fake certificates of insurance to the company.

He pleaded not guilty to his charges in July.

According to court documents, the incident initially arose when there was a problem with construction of condominiums Lembke had been contracted to build.

When company owner Doug Lembke went to file a claim to Strong Insurance Agency, where Nelson is an agent, the claim was initially denied. When the claim was filed a second time, Nelson allegedly admitted to Lembke he had lied about the policy and that he had allowed the insurance to lapse in 2003, according to court documents.

Nelson’s lawyer, Thomas Kraus of Waseca, argued that the construction company never paid the premium for its insurance and that evidence does not show that Nelson received any kinds of funds during the period in question. He said the charges cannot be valid if this documentation cannot be shown and noted that his client can’t divert funds if he did not receive them.

Kraus challenged the prosecution to show documentation — such as a canceled check — to indicate that money had been paid to Strong Agency.

The prosecution has what Kraus described as a whole filing cabinet full of paperwork that was obtained during a police search of the company, Nelson’s home and the home of Nelson’s sister, who is also an agent at Strong Agency.

Christy Hormann, with the Steele County Attorney’s Office — who is prosecuting the case because Nelson is the brother of the Freeborn County Attorney — said there is notation on Strong Insurance Agency paperwork stating that Lembke Construction had paid its insurance bills.

Hormann said it was also Lembke’s understanding that he had been paying on his bills, though the bills he received did not include an itemized description of what was covered.

She also argued that Nelson did not only assure Lembke he had insurance, but Nelson also went the next step and created files and policy numbers for him, though there was never a policy issued to Lembke Construction.

Kraus said there’s no way of telling who made the hand-written notations on the paperwork stating Lembke had paid its insurance premium.

Freeborn County District Court Judge Steve Schwab said he would issue a written order about the issue. He did not indicate a timeframe for this to take place.

Nelson was arrested on the charges in June after Albert Lea police, with the assistance of the Minnesota Division of Insurance Fraud Prevention, searched Strong Agency, his home and sister’s home.

Nelson has since posted $40,000 bail and agreed to conditions, including having no contact with the alleged victims.

In an unrelated case, he faces five felony counts of theft and one gross misdemeanor count of theft in relation to an investigation that alleges he took more than $30,000 from the former owners of the Town House Apartments on College Street.

He has pleaded not guilty to those charges and is scheduled for a jury trial in June 2011.