Funeral services for Orville Henry Lange, 83, of Albert Lea will be held at 2 p.m. Saturday at Zion Lutheran Church. The Rev. Joel Vano will officiate. Interment will be at the Graceland Cemetery with military honors accorded by Freeborn County area veteran’s organizations. Visitation will be from 5 to 7 p.m. Friday at Bayview/Freeborn Funeral Home and one hour prior to the service at the church. To sign the guest book, go to www.bayviewfuneral.com. 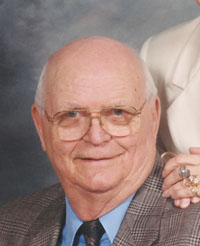 Orville Henry Lange was born on April 24, 1927, to Henry and Pansy (Leekley) Lange in Slayton. Orville grew up and attended school in the Slayton area. He served in the United States Navy during WWII in the Pacific. Orville was stationed at Pearl Harbor, the Philippines and Japan among many other locations. Orville moved to the St. Cloud area after the service. On June 19, 1951, he was united in marriage to Barbara E. Beck in Clear Lake. Orville worked for Montgomery Ward as an automotive salesman in various places, eventually settling in Albert Lea. He was a member of Zion Lutheran Church, VFW and American Legion. On Oct. 19, 1985, he married Marcelene Jensen. Orville loved his work and had a hard time staying retired. He worked for both Hanson Tire and Bauer Built after retiring.

Orville was preceded in death by his parents; first wife, Barbara; sister, Opal; and brother, Mark.