Funeral services for Pauline Cecelia Folie, 65, of Albert Lea will be held at 2 p.m. Friday at St. Mary’s Catholic Church in Newry Township. The Rev. Swaminatha Pothireddy will officiate. Interment will be at the St. Mary’s Cemetery. Visitation will be from 4 to 7 p.m. today at Bayview/Freeborn Funeral Home and one hour prior to the service at the church. 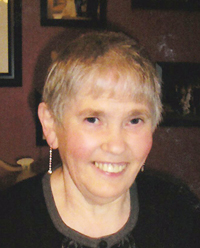 Pauline Cecelia Folie was born on Oct. 29, 1945, in Rochester, to Walter and Suzanne (Vandendriessche) McBride. Pauline moved with her family as a teenager to Jefferson, Iowa, and graduated from Jefferson High School. She then worked in Rochester as a telephone operator. On Aug. 21, 1971, Pauline was united in marriage to John Nels Folie at St. Theodore’s Catholic Church in Albert Lea. The couple settled in the Clarks Grove area. Pauline worked in housekeeping at Good Samaritan Center, retiring in 2004. Pauline loved attending and being an active member of St. Mary’s Catholic Church. She was also a member of the American Legion Auxiliary. Pauline enjoyed having coffee daily with her group of special friends and treasured the time spent with her grandchildren.

Pauline was preceded in death by her parents; husband, John; brother, Luverne McBride; and brother and sister in infancy, Lawrence and Phyllis.