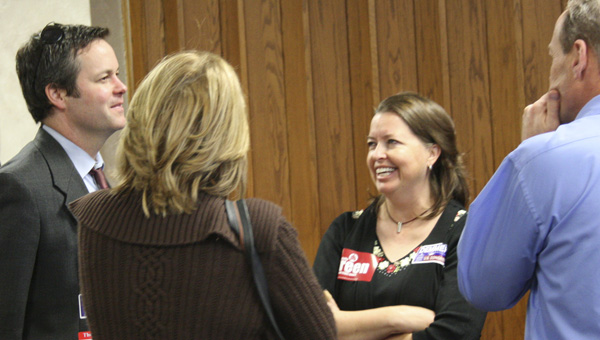 Rallying their cause for a change in state and federal government, Freeborn County Republicans, along with their current state and federal party candidates, came together Monday in what was a final push before today’s general election. 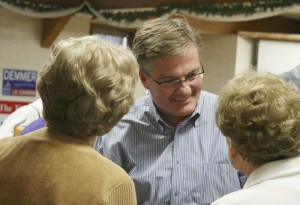 “Go out and take advantage of this wonderful thing we call voting,” said Demmer, of Hayfield, who faces incumbent Rep. Tim Walz, DFL-Mankato.

Joined by his parents, his wife, Kathy, and her parents on the second-to-last stop of his “Heartland Values Tour,” Demmer encouraged people to take others with them to vote as well.

He called today’s election the most important election of his lifetime and ultimately it is a decision about what direction the voters want this country to go, he said. 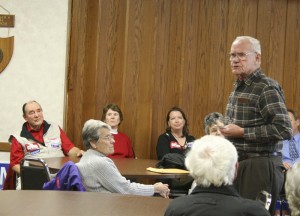 He stated the country’s government needs to get back under control where people can make decisions for themselves on their own without government mandates. The people are what makes the United States a great country, he added.

He thanked Murray and Green for stepping up to run locally and also stumped for Republican gubernatorial candidate Tom Emmer, who faces a tight election with DFL candidate Mark Dayton, according to recent polls.

Green, of Austin, who faces incumbent DFL state Sen. Dan Sparks, said after campaigning the last few months, she now considers Freeborn County to be part of her home.

She noted that regardless of what happens in today’s election, she and others need to stay engaged in the community in some facet or another.

Murray, of Albert Lea, who faces incumbent DFL Rep. Robin Brown, said he has enjoyed the last five months of his campaign, meeting with people in the community and renewing friendships. 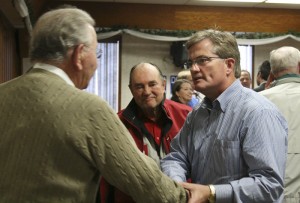 He said he will work hard for the district if he’s elected.

Former legislator Paul Overgaard told the audience they had the opportunity to turn the state of government around for the state and the country.

In addition to rallies, parties on both sides of the aisle were also busy making last-minute phone calls to voters.

The parties will set up campaign headquarters at Americas Best Value Inn on Main Street as the election results come in.

Look to www.albertleatribune.com tonight for the results as soon as they are available.