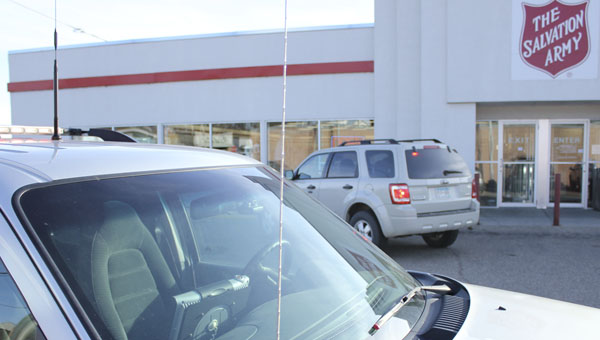 Authorities are still looking for the robber, who was described as being a white man between 5 feet 10 inches tall and 6 feet tall, with a slim build. 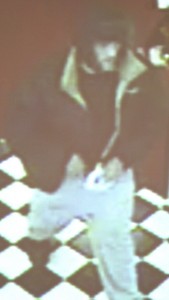 According to police, the man was wearing a dark-colored jacket with light-colored collars, and either stonewashed jeans or gray sweatpants.

He was wearing a bombardier style cap, had bluish eyes and was not clean shaven.

Police stated the robber was reportedly carrying a black or dark purple handgun, when he approached the clerk, threw a bag at him and demanded money. The gun was not pointed at the clerk but was shown to him.

The robber fled from the store on foot.

Police have not released how much money was taken.

Authorities were driving around and walking door to door at nearby residences and businesses to see if anyone had seen anything suspicious.

One resident, Oscar Mehus of 801 Marshall St., said police looked in his house, checked his garage and searched his basement.

The Union Pacific employees were also told to watch for anyone crossing the railroad tracks. 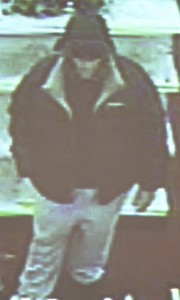 This photo of the alleged Salvation Army robber was released by police Friday night. --Submitted photo

The store is closed for investigation.

He noted he was limited on what he could say as he did not want to compromise the investigation.

“It’s bad enough that they rob anybody, but to rob the Salvation Army when we’re trying to help people, I think it’s pretty pitiful,” Brickson said. “I’m just glad nobody got hurt here.”

The robbery coincided with the nonprofit organization’s first day of bellringing for its 2010 Christmas kettle campaign. Funds raised from the campaign go to help people in need.

Anyone with information is asked to contact the Albert Lea Police Department at 377-5200. 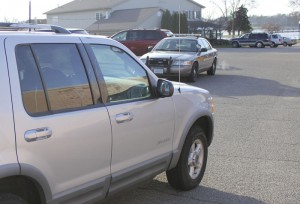 A patrol car from the Freeborn County Sheriff's Office and an unmarked police SUV sit in the parking lot Friday of the Northpark shopping area in Albert Lea. Other deputies and officers patrolled the nearby neighborhoods looking for a suspect and interviewing people. -- Tim Engstrom/Albert Lea Tribune