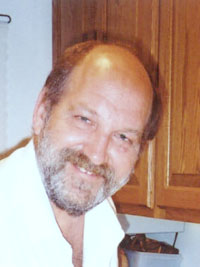 Scott started his career with Fareway Food Stores in 1971 and continued to work for them until 1999 when he started his own business as a product merchandiser. Scott founded the business S & S Distributing through Mission Foods on April 4, 2000.

He enjoyed hunting, golfing and cheering on his Hawkeyes and Vikings. Scott loved his German shepherds and his K5 Blazers, but his greatest love was spending time with his children and grandchildren. He was active with the Boy Scouts as the boys were growing up inScouting. Scott was a caring, loving, funny, hardworking and wise man. The family has lost a great husband, father, grandfather, son, uncle, brother, and friend. We miss him so much and he will always and forever be deeply embedded in our hearts and minds. He meant so much to us. We miss you and love you.

He was preceded in death by his mother, Ruth, and a brother, Brian.