Small Business of the Year 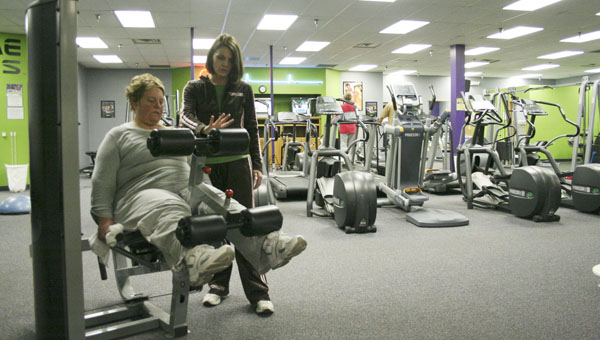 Getting to know each of the member’s names at Anytime Fitness in Albert Lea is just one of the personal touches Sindy Dickey has brought to the gym since she took over as manager two years ago.

A 24-hour food drive to benefit local food banks and the “Lose it Big” challenge are just a couple of the other ways the business has shown support to the community and the people in it. 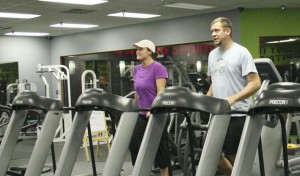 It’s this type of community caring that earned Anytime Fitness the Small Business of the Year Award Nov. 11 at the annual Albert Lea-Freeborn County Chamber of Commerce Membership Celebration.

According to Randy Kehr, executive director of the chamber, Anytime Fitness received its award because it’s been a “valuable asset” to the community.

Over the past couple of years, Anytime Fitness has been involved with the AARP/Blue Zones Vitality project and partnered with local organizations during the “Lose it Big” challenge.

Kehr said that when Roger Aaron took over ownership of the facility about three years ago, Anytime Fitness immediately joined the chamber and has since taken “tremendous advantage” of member benefits, including using chamber tools of communications.

“Sindy quickly became a chamber ambassador, and that’s a commitment of time,” Kehr said. “They’re always willing to help and contribute and have been active in new memberships.” 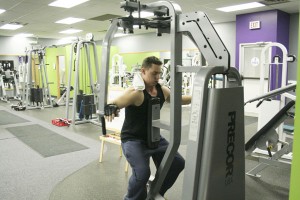 Located inside Northbridge Mall, Anytime Fitness is a 24-hour, 7-day a week workout facility that offers cardio, free weights and circuit training along with personal trainers and online programs that promote a healthy lifestyle.

Aaron said that since he has taken ownership, he and the staff of Anytime Fitness have updated the facility through a remodel and painting the walls a vibrant green and purple, along with upgrading the equipment.

But, he said, it’s mainly about the members.

“We’re a lot like a family here,” said Aaron. “There’s people making coffee and having social time. Our club culture is to have fun.”

Dickey, who noted that the members do take their workouts seriously, said another factor to their success is the non-intimidating atmosphere.

“Big or small, young or old, we’re not specifically targeting any one group,” she said. “We just want to help them reach their goals and achieve success with weight loss and diet.”

Dickey said she loves her job and the members at Anytime Fitness. She sincerely hopes she’s making a difference in people’s lives.

One person’s life who Dickey, and Anytime Fitness, have made a difference in is that of Kathryn Stuart of Albert Lea.

“I don’t remember what made me join,” Stuart said, adding she had just lost her house, broke up with her husband and lost 20 pounds thanks to all of that stress.

Still categorized as overweight, Stuart was considering the lap band procedure, where a gastric band device is inserted into the abdomen and placed around the upper part of the stomach, reducing stomach capacity and resulting in weight loss.

Dickey had heard the “horrors” of this procedure, and began working closely with Stuart on her exercise regime and eating habits. Over the past year, Stuart has lost 68 pounds. She works out every Monday through Friday and continues to eat right.

“If you can call working out fun, this would be it,” Stuart said.